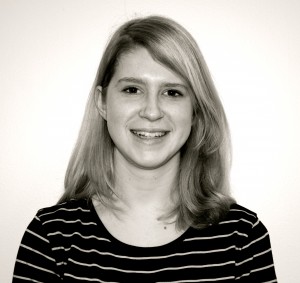 Our generation is one of the most technologically savvy yet. Most of us are members of at least one of the ever popular social networking sites: Facebook, Twitter or Foursquare. Obviously, these sites are very beneficial in the way that they can keep us connected to loved ones all over the world and can even allow us to meet others who are like-minded. They allow us to see every aspect of our “friends” lives that they decide to advertise.

Then there are the more artistically focused sites including Polyvore, Pinterest, Instagram and Tumblr. These sites have been growing in number over the past few years and the membership has been climbing. All of them contain the elements of the previously mentioned social networking sites, but have artistic and creative elements to them as well. Polyvore is a fashion focused network which allows members to be “friends” and create collages of anything they want, using the pictures and formats on their site. Members can also buy the clothing they see using links that are found directly on the clothing. Pinterest is similar in the way that you can “follow” your friends. Members can “Pin” their favorite items, quotes, videos, etc. on different boards they create. However, the site doesn’t allow any manipulation of the images or videos so members are really only able to organize their items in their preferred order. Instagram is a site that allows members to create virtual photo-diaries and is perhaps the most socially focused of the aforementioned sites. Tumblr shares a lot of characteristics with a conventional blog, in the way that users create their own pages and are allowed to see other pages which their friends or followers make.

Having such ready and available access to artistic sites and programs, one would think that the creativity of our generation would be exponentially expanding. But is this the case? Each program is limited in its own way: there can only be so many options of clothing, colors, things to Pin, etc. Besides this, each member of the site sees their friend’s creations before they even make their own; giving them a preconceived vision of what they should create. This promotes, not creativity, but the replication and readjustment of images which member’s have already seen. Yes, there is nothing new under the sun, but is this digitally “enhanced” version of creativity really better than simply creating physical art?

Another interesting aspect of the issue is that on the sites like Polyvore, members are encouraged to shop and buy the items they choose in creating their collages. Does this element of the site simply push commercialism on members? Or does it make for a more interesting on-line shopping experience? Since Polyvore claims that their aim for the site is to allow users to be creative in their own right, I’d say that the feature is just a poorly disguised shove towards advertising their sponsors’ products.

I am a member of most of the sites mentioned, and they have all succeeded in forming a modern and fun digital environment that allows people to communicate on a creative level. But the authenticity of the “creative” aspect is lacking and the social network aspect of the sites plays a large role in lowering the level of true innovativeness.