Latino Heritage Month begins September 15 in the United States. During this time, the cultures of people who are from or have ancestors from Mexico, Central and South America, the Caribbean, and Spain are celebrated.

According to the National Hispanic Heritage Month website, “The observation started in 1968 as Hispanic Heritage Week under President Lyndon Johnson.” It was expanded to a monthly period in 1988 by President Ronald Reagan. September 15 through October 15 was not a randomly chosen period. Several Latin-American countries including El Salvador, Nicaragua, Guatemala, Honduras, and Costa Rica all gained their independence on September 15. Mexico’s and Chile’s Independence Day as well as Día de la Raza also take place during this time frame.

Malena Suarez, an Africana and Latino studies major at SUNY Oneonta, explains the importance of Latino Heritage month and her experiences during this month. Malena and her family are from Argentina. She explains that during Latino Heritage Month, she attended events through school in addition to witnessing people pay homage to Latin American culture. Latino Heritage Month greatly impacts all who celebrate it. 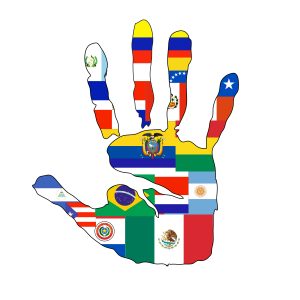 The month forms a strong sense of community and understanding amongst a variety of cultures. “We are one big community but we are composed of so many countries. In my opinion, that is beautiful, because we are all similar and different at the same time,” explained Malena.

Malena recalled some memories of school events saying “Growing up, there was usually an event that didn’t adequately represent us. For example, I remember a Taco/Burrito Night in middle school which was problematic, because it compartmentalizes our culture into what Americans perceive to be ‘traditional Mexican food,’ and although Mexico is part of our community, we all have different traditions and culture.”

Experiences such as these can be quite common during Latino Heritage month.
On the SUNY Oneonta campus, there are events that students and faculty can attend, which are hosted by a variety of clubs and organizations. In addition to being celebratory, they also attempt to educate people on aspects of Latino history, traditions, culture, and the experience of a marginalized community in the United States.

Malena believes that “celebrating would be attending these events and showing support.”

Latino Heritage Month is a time of remembrance and celebration. It is a time to pay tribute to those who struggled throughout history. It is also a time of education for people of all different backgrounds. Be sure to look out for information about campus events to attend this month.