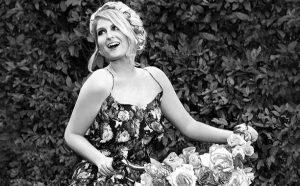 Meghan Trainor is no stranger to controversy, having recently come under fire for her latest release, “Dear Future Husband,” which critics claim is sexist. Trainor defended her lyrics by explaining the song is how she personally envisions her own relationship. Trainor says that the song was inspired by mistreatment in past relationships. She wanted to show respect for herself by setting these standards with her future husband.

As stated in the lyrics, Trainor expects her partner to buy her flowers, call her beautiful every night, spend time with her and let her be right even if she knows she’s wrong. While some of these statements may be exaggerated, hyperboles and specific examples are tools used in lyricism that paint vivid pictures and create poetry. The way to Trainor’s heart is probably not as simple as giving her roses or compliments like clockwork; however, she does expect her husband to show that he thinks highly of her, wants to surprise her and is attracted to her.

Trainor’s stubbornness might hinder the relationship but, inexcusably, that’s how some people are. Why associate that with her sex? People unfairly let everything one woman does speak on behalf of the whole gender. Women should not have to run from stereotypes just to feel that they are better representing others. People should simply be themselves and make changes on behalf of themselves.

It is important and healthy for one to realize their strengths and weaknesses in a relationship, to identify ground rules, standards and expectations. Many have recognized that some of the ideals shown in the song by a woman such as “withholding” or “rewarding” sex, grocery shopping, floor scrubbing and nagging for attention are binding stereotypes. If someone is mad at their spouse, isn’t it justifiable to not be in the mood to have sex with them?  Conversely, if a spouse is romantic, is that not a reason to be turned on? Must women never “nag” again for fear of being labelled?

Would people applaud this video if a man had made it, thereby switching the gender roles? Feminists believe in fair and equal opportunity for the sexes. So, when people say, “Hey, a man might want to be a house-husband,” they should realize that a woman may still want to be a housewife too. As long as she is happy with her decision and hasn’t been pressured to do something against her will, then that is her business. Perhaps it is the sexist viewer who cannot help but deduce stereotypes from these portrayals. If Trainor had explicitly stated in the song that she expects every marriage to be like this then that would be sexist.

Arguably, the most sexist aspect of the video is the 1950s-inspired scenery, depicting the historically oppressive time for women. However, Meghan Trainor’s vintage clothing and musical taste may explain why she chose this representation. This reasoning is supported by the video’s bow tie clad barbershop quartet. She seems to critique sexism and its history by adamantly declaring in the lyrics,“You got that nine to five/But, baby, so do I.”

Considering Trainor’s success thus far, it would also be a good guess that she will be the breadwinner in her household–another nonconformity.

Trainor then states that while men may expect women to be the household cooks, that’s not how she will contribute to the relationship: “So don’t be thinking I’ll be home and baking apple pies/I never learned to cook.”

Many listeners were offended by Trainor’s saying, “And know we’ll never see your family more than mine.” Traditionally, when a woman marries her life would be about her husband and his family. Italians would even wish their friends’ first born to be a male so that they would have someone to take care of them once they got older, as opposed to a woman who would typically have her attention elsewhere. Trainor says this was a clarification that their families would be equally important to her.

Artists sampling from the past is not uncommon and Trainor most likely was not inferring that she wants to live in 1950s America. Young women should be aware when watching this video that it is the product of Trainor’s personality and relationship experiences, not a forced ideology of all genders and marriages. People will have to fulfill their own ideals and desires.  If someone respects themselves and others regardless of their sex then they are a successful feminist. A gender-blind world is one that liberates people to break the norm, but does not shame them if they want to subscribe to some traditions.