The 2015  New York Yankees have a lot of question marks that need to be addressed this season. With the retirement of “The Captain,” Derek Jeter, in 2014, the Yankees will not only suffer a void at shortstop, but in leadership as well. With a solid group of young players joining the mix, one of the many veterans the Yankees possess will need to fill that job moving forward.

A strong candidate for this role is starting pitcher CC Sabathia. The 34-year-old lefty has seen many cities in his long and storied career and has a lot to offer his young teammates. Coming back from a season ending injury this past year, Sabathia has a lot to prove and needs to show he can be the ace of the squad.

The Yankees’ pitching staff will have their share of struggles this summer. Sabathia and Masahiro Tanaka will be the top two starting pitchers barring injury. The third spot could either have south paw Chris Capuano, or righties Ivan Nova and Michael Pineida. Both Nova and Pineida have struggled with inconsistencies in their relatively young careers. Pineida, after being sent to New York from Seattle, struggled with poor location and various injuries leading to his reputation as a bust. Nova has shown elements of being a trustworthy pitcher, but hasn’t put together a long run of success. The back end of the rotation remains a mystery.

It is reasonable to suggest that, out of the three listed competing for the third spot, the losers will be placed the fourth and fifth starters. However, the Yankees do possess some arms in the form of Chase Whitley, Nathan Eovaldi and Jose De Paula. These guys could see themselves in the midst of a pitching battle in order to earn a spot in the rotation, the bullpen or Triple A. Whatever the rotation, it is not enough to consistently compete against the power hitting, new look Boston Red Sox or the underdog, darlings of 2014: the Baltimore Orioles.

Power will be at a loss this season in the Bronx. The four players being relied on for home runs are all over age 30, and have shown it. Mark Teixeira, 34, has been bogged down by injury over the past couple of years and, with the exception of the championship run in 2009, hasn’t duplicated the success he had as a Texas Ranger. Brian McCann and Carlos Beltran are most likely the main power threat for the Yankees. McCann, a lefty catcher, is only 31 years old and has shown a capability to hit home runs. He hit 23 of them last season, with 75 RBIs and 115 hits, but only had an average of .232.

Beltran, the veteran designated hitter/outfielder hit only 15 homers with a batting average of .233. These three batted a combined .227 last season.

And then comes the best of the bunch. Everyone’s favorite, Alex Rodriguez. Yes, after being suspended all of last season for steroid use in the Biogenesis scandal,  Rodriguez looks to come back and cement himself in the middle of the Yankees roster. In reality, the Yankees could actually be somewhat improved without Rodriguez, Teixeira and Beltran. Among those three the Yankees tied up almost 42 million dollars in salary this year.

Yankee fans will be in for a long season in 2015. Not only will the division rivals Red Sox and Orioles be in top form, the race for the wildcard will be increasingly difficult from last year with the Kansas City Royals, Oakland Athletics and  Seattle Mariners, looking for spots in the playoffs. Even if Jacoby Ellsbury and Chase Headley, who are the bright spots on offense, produce, the Yankees will be a postseason long shot. They have a pitching staff with some question marks and an offense that can only produce low scoring games. Plus, with no depth and a mediocre farm system, the outlook is bleak for the near future. 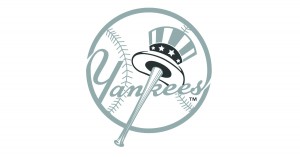