Week 1 is in the books and now fantasy rosters are set in stone and begin to form their own identity. Here’s a look at who to start and sit for Week 2 of the NFL season.

Matt Forte, Running Back (Chicago Bears): Going up against a depleted 49ers front seven due to legal/injury troubles, Forte will have a field day on the Niners defense. He is already a top five fantasy running back after a breakout 2013 season where he rushed for over 1,300 yards and nine touchdowns. He is a valuable points per reception (PPR) running back that should provide fantasy owners with balance to win their Week 2 matchup.

Randall Cobb, Wide Receiver (Green Bay Packers): The Packers are facing the Jets, and New York’s secondary hasn’t been spectacular since the days of Darrelle Revis roaming the defense. Cobb is coming off a performance in which he produced six receptions for 58 yards and a touchdown in the season opener against the Seattle Seahawks. Green Bay’s offense got off to a slow start at a noisy Century Link Field but expect Aaron Rodgers to have a bounce-back game, spreading the ball around to his receivers. Cobb is an excellent PPR player in an active passing offense.

Jordan Reed, Tight End (Washington Redskins): Robert Griffin III doesn’t just run, he’s also an underrated passer.  Reed is one of Griffin’s favorite targets, especially in the red zone. Last year, Reed had 45 receptions for 499 yards and three touchdowns. His stock is on the rise if he can stay healthy.
Sit:

Maurice Jones-Drew, Running Back (Oakland Raiders): The Raiders made a splash in the offseason by acquiring the former Jaguar’s running back. This bolsters Oakland’s running game in  which already includes Darren McFadden. Oakland will be hosting the Houston Texans Week 2 and it’s always a challenge going  up against a defense led by JJ Watt. Houston will be wihout number one overall pick Jadaeveon Clowney due to a torn meniscus, but watt will be able to stop Jones-Drew regardless.

Victor Cruz, Wide Receiver (New York Giants): Cruz will be seeing a lot of  superstar cornerback Patrick Peterson in their Week 2 game against the Arizona Cardinals. The Giants have a fresh offensive system, bringing in new offensive coordinator Ben McAdoo from Green Bay. It will take time to learn and understand the playbook. With a young offensive line, Eli Manning needs to get the ball out of his hands quickly or resort to the running game which hurts Cruz’s value.

Pittsburgh Steeler’s Defense: Last week the Steelers played against the Cleveland Browns, giving up 27 points to an average offense. This week they play the Baltimore Ravens. That’s two division rivals to start off the season. Since the game is on Thursday night, the shortened week will hurt Pittsburgh’s defense. With the new faces trying to adjust to the playbook, it will be up to veterans Troy Polamalu and Ike Taylor to contain Joe Flacco and the Raven’s offense. 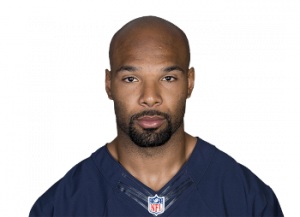 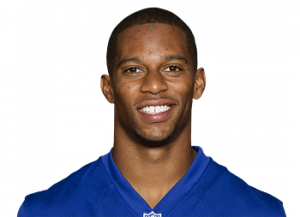