During the summers, I spend a decent amount of time working odd jobs, hoping to scrape up enough money to get textbooks or maybe even buy a car one day. Odd jobs— gardening, babysitting, housekeeping— rarely pay more than minimum wage, and I admit that I have cringed at the sight of a paycheck of only $7.25 an hour.
But I cannot say that I know what it is like to survive on $7.25 an hour, a pain that millions of Americans experience firsthand. Around 3.5 million Americans today earn minimum wage, and 70 percent of these workers work for less than 35 hours a week. Employees who do not work at least 30 hours per week are ineligible for receiving healthcare from their employers, which has led many employers to dock hours from their workers.
A full time worker, working 40 hours a week at the minimum wage, would be eligible for health benefits, but would still be below the poverty line. A full time worker earning only $7.25 an hour earns only $15,080 per year, which is just below the poverty line in America.
The federal minimum wage was raised in 2009 to $7.25 an hour, and it is now up for debate whether the rate should be raised again. In New York, minimum wage was just raised to $8.00 an hour and is planned to increase to $9.00 an hour over the next three years. Those in favor of raising minimum wage say that it will bridge the gap between America’s working poor and middle class. The goal of people interested in raising minimum wage is to improve the lives of the working poor and encourage higher education, which will result in even higher earnings.
Democrats are currently discussing the possibility of a $10.10 minimum wage, which economists say would decrease the number of people living in poverty by 4.6 million. Opponents of the bill, which democrats hope to work on this year, say that raising the minimum wage would actually be detrimental to the working class, because employers would not be able to afford as many employees. The potential for increased unemployment is more likely for small businesses than large corporations like KFC, which earned a net income of $1.6 billion in 2012 but still pay minimum wage.
Fast Food Forward is a movement that seeks to earn higher rates for employees at fast food corporations like KFC. Workers are fighting for enough money to pay for basic needs like groceries, rent and childcare. Leaders in the movement are fighting for the right to unionize without retaliation and for an increase in pay to $15 an hour. The workers say that “raising pay for fast food workers will benefit workers and strengthen the overall economy,” as less workers will be forced to rely on public assistance.
Since nearly 30 percent  of minimum wage earners have families to support, it would be beneficial to more than just the employees to raise minimum wage. Raising the minimum wage would allow for more children to continue their educations past high school and pursue whatever is left of the American dream. 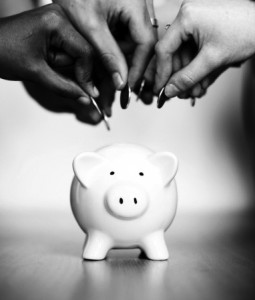