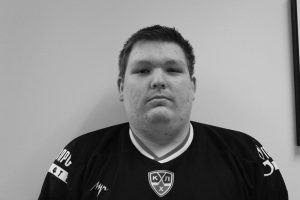 For as long there has been professional hockey, there has been fighting.  There are two opponents who are willing to risk injury, punching each other in the face, for many different reasons. Some say there is fighting to actually protect players. If you do not want to fight, then you will not commit a dirty play, due to fear of having to fight as a result. Another reason people like fighting is the exhilaration you get from watching it. At the audience, the only times where an arena is louder than after a fight is after a goal or a beautiful save.  Fans just like to see people square up and throw punches. I used to be one of these people. Used to be.

On March 21, 2007, I went to Madison Square Garden and saw the New York Rangers play the Philadelphia Flyers. About twenty seconds into the games Rangers forward Colton Orr and Flyers forward Todd Fedoruk dropped the gloves. A few punches were thrown, but the fight ended when Orr threw a right hand that hit Fedoruk right in the face. Fedoruk fell to the ground unconscious. He was taken off the ice on a stretcher and I remember feeling horrible for actually rooting for someone that knocked a person out.

In a span of four months, three hockey players had died, each of them 35 or younger.  After Boogaard’s death, his brain was donated to doctors to be looked at. In a New York Times article, written by John Branch, the results came back, saying that “Boogaard had chronic traumatic encephalopathy, commonly known as C.T.E., a close relative of Alzheimer’s disease. It is believed to be caused by repeated blows to the head. It can be diagnosed only posthumously, but scientists say it shows itself in symptoms like memory loss, impulsiveness, mood swings, even addiction.”

Repeated blows to the head? I am pretty sure that fighting in hockey for your entire career involves repeated blows to the head. In addition, Rypien and Belak were also being treated for depression, probably from all of the fights they have been in. It was a tough time for the entire hockey community and the question of fighting has been a constant in the sports world ever since.

I disagree with people who say that fighting prevents dirty hits. Even with fighting in hockey, there are still cheap shots being thrown around. On March 7, 2010, Boston Bruins forward Marc Savard was deliberately elbowed in the head by Pittsburgh Penguins forward Matt Cooke.  This elbow gave Savard a concussion that eventually ended his career. If fighting is supposed to protect players from dirty hits, then why is this still happening?

When it comes to shots at the head, the National Hockey League is being very hypocritical. They are suspending players for multiple games when someone is hit deliberately in the head on a check (which is the right move), but when people are punching each other in the face, just inches away from each other, the only punishment is a five minute penalty. This is because the owners and the rest of the league know that most fans do enjoy fighting, so they aren’t willing to risk losing revenue for player safety.

Instead of fighting being a five-minute penalty, the players involved should get thrown out of the game and suspended for the next one. At the end of the day, it will benefit all parties.