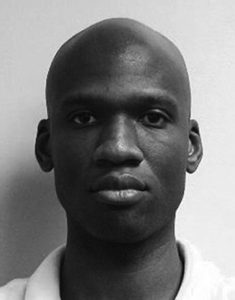 A dozen people left for work and never made it home last Monday. In Washington D.C. at the Naval Yard, 12 people were shot and killed in a shooting rampage that left eight people injured. A military veteran managed to access the highly secure Navy command and killed 12 people before police shot him down. The shooter was 34-year-old Aaron Alexis. Alexis was a Navy reservist on active duty but was discharged for misconduct.
After Alexis was shot, officials still had not ruled out the possibility of a second shooter. It was revealed later that there was only one shooter and no known motive. Hundreds of workers in the Navy Yard were forced to hide in their offices or flee for safety while gunshots aimlessly flew at the building. A few blocks away at the Capitol, the Senate temporarily locked down all of its offices and buildings. Dave Sarr, an environmental engineer, was walking down a nearby street when he saw people running from the Navy Yard. Sarr had seen an evacuation drill take place there a few days earlier. “At first I thought it was another drill,” Sarr said. “Then I saw an officer with his weapon drawn.”
According to police, Alexis had been staying at a nearby Inn since late August or early September and had legally purchased the weapons used in the shooting. Just a few days before the shooting took place, Alexis allegedly drove to the Navy Yard with the weapons and was cleared by security checkpoints before parking in a lot on the property. After leaving his car, Alexis was involved in two altercations in which he began shooting. Alexis then went into the building and up to the third and fourth floors where much of the shooting took place. Police said the shootings did not seem to be terrorism-related, but the possibility had not been ruled out. USA Today stated that Alexis was armed with three different guns at the time of the shooting.
Police are still investigating possible motives that Alexis could have had. The Naval Sea Systems Command says there had been signs of Alexis’s troubled health leading up to the shooting. Alexis suffered from depression, paranoia and had a disciplinary record from the military. A week before the attack, he complained of insomnia and got treatment at an emergency room. In Virginia, two weeks before the incident he told police that people were talking to him though the walls and ceiling of his hotel room. He claimed they were also transmitting microwave vibrations though his body. Police officers reported this to the navy base security, but no follow up was made, according to The Associated Press.
President Obama called the victims patriots in a speech. The shooting left people wondering just how many will have to become patriots in these senseless shootings. This incident brings memories flooding back of the Sandy Hook elementary shooting in Newton, CT that took the lives of many young children and teachers. Newtown resident Chris Aug called the rampage “another horrible example of our world gone wrong.”