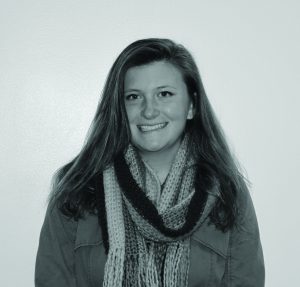 On Mar. 1, President Obama signed an executive order which, according to The Washington Post, even he thought was dumb. The executive order arbitrarily cut $85 billion from the 2013 federal budget and will cut $1.2 trillion over the next 10 years. These days, the 24 hour news cycle has been especially mind-numbing, as no one wants to take responsibility for these haphazard cuts and the partisan “blame game” continues.
While sequestration might not be on the minds of most college students, it should be. Universities will be forced to cut work-study jobs, an important form of assistance for students struggling to make ends meet. According to federal officials, federal work-study programs will be cut by $49 million, eliminating 33,000 work-study positions. New York will be hit hardest by work-study cuts, losing 4,150 jobs according to the White House.

There has been some disagreement concerning the actual severity of these cuts. Thomas Mullen of The Washington Times describes sequestration as “merely cutting planned increases in spending.” He also goes on to say that it is ridiculous to believe cutting $85 billion from a budget of nearly $3.6 trillion would really make a difference.
However, there are many who would argue differently. You see, sequestration cuts across the board. Entitlement programs and military alike face budget cuts. In fact, $46 billion will be cut from defense, which could potentially be seen as a small victory for some Democrats who have called for defense cuts for years. What we should keep in mind, however, is that these cuts are likely to affect overseas counter-terrorism projects in ways we might not have expected. The military is likely to reduce spending in programs that would have built schools, providing a positive U.S. presence and getting to the root causes of instability and terrorism. Unfortunately, these programs come second to more direct forms of U.S. security.

SUNY Oneonta’s own associate professor of political science, Robert Compton, shared his thoughts on sequestration: “To me, the sequestration is a reflection of how U.S. fiscal policy has broken down.” Sequestration is a result of government failure. These cuts were never meant to be implemented; they were proposed as a way to encourage a divided congress to work towards budget compromise. Working to avoid these budget cuts was what should have made bipartisan compromise possible. However, those in congress have made it perfectly clear that they aren’t willing to compromise on the budget. Republicans who refused compromise see these cuts as a necessary step in curbing our nation’s rampant spending.

Compton went on to say “While the amount of sequestration is less than $90 billion or about 2.5 percent of our national budget, across the board cuts will have an impact on governmental operations. Being able to pay our bills on time and preventing government employee furloughs is important in maintaining the credibility of the U.S. government.”
These cuts will mean unpaid leave, or furloughs, for thousands of government workers across the country. Furloughs take 30 days, so it will be a month before people’s jobs are actually impacted. Most believe that negotiations will resolve the sequestration problem before that.