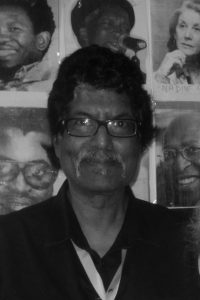 Dr. Choonoo is a professor in the English and Africana-Latino studies departments here on campus. Born and raised in Durban, a city off the East Coast of South Africa, he grew up in a highly segregated society during apartheid.

After completing his undergraduate work in South Africa, he moved to the United States and received his PhD from Columbia University. He started teaching at SUNY Oneonta in 1975 and served as the chair of the Africana-Latino studies department for several years. He has traveled extensively to conferences around the world, and has received two awards from the National Endowment for the Humanities, for research he completed at Berkeley and The University of Texas. His areas of interest include autobiographies as a literary form, and African American and African literature. Dr. Choonoo has met many of the writers that he teaches his students about, including Nobel Prize Winner Nadini Gordimer, James Baldwin and Toni Morrison.

While he was a student in South Africa during apartheid, he became an activist, which he says was due to being influenced by the civil rights movement in the United States.

He also went on to say that his interest in studying these areas brought him into contact with many civil rights leaders in New York City, like Jesse Jackson and James Cone, when he was studying at Columbia.

In response to why he wanted to teach here at SUNY Oneonta, he said he was inspired by his incredible teachers at Columbia. Coming from a family of school teachers, he says he always knew he wanted to be a teacher. “I love the profession more than anything,” he says.

When asked why he chose to move to America, he said that he wanted to study the literature of James Baldwin. He was also inspired by civil rights activist Martin Luther King, Jr., and many African American musicians, like Michael Jackson. He said, “African American cultural icons made a big impact in South Africa.” Finally, Choonoo gives this advice to his students; “Get out of your comfort zone and travel. Open yourself up to people who are most unlike you, in terms of language, culture and politics. Someone once told me every decision is a good one, so make a decision and live by it. Have an image and perfect it.”