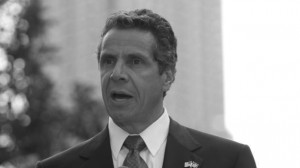 After tragic shootings at Newtown and Webster, the nation regrouped, bickered and watched Piers Morgan interview gun enthusiasts. President Obama promised action and the NRA promised to fight that action. All the while, Governor Cuomo was working towards creating and enacting a plan that would prevent future gun violence.

After calling for the toughest assault weapons ban in the nation during his State of the State address, the governor led a race to be the first to pass new restrictions. With the New York Secure Ammunition and Firearms Enforcement Act, or NY SAFE Act, he did just that, even beating President Obama’s proposals to the punch.

Besides being a fun acronym, Cuomo’s NY SAFE Act will limit the magazines you can buy in New York State, close assault weapons loopholes, institute more stringent background checks on ammunition purchases, require registration of certain weapons and include mental health checks to prevent guns from being in potentially dangerous hands.

The NY SAFE Act bans the sale of magazines that hold over seven rounds. Magazines holding ten rounds will be grandfathered in for those who already own them.

Under, the NY SAFE Act, mental health professionals are required to report patients they believe may use a firearm to harm themselves or others. Patients who own firearms are subject to having their license suspended and their firearms confiscated. This section of the NY SAFE Act has garnered special attention, calling into question the almost sacred doctor-patient confidentiality and raising serious privacy concerns.

Finally, the NY SAFE Act broadens the definition of assault weapons to include semi-automatic pistols and rifles with detachable magazines and one military style feature. Assault weapons previously owned must be registered within a year and recertified every five years. Cuomo hopes that New York’s new gun control laws will serve as an example for the rest of the nation.

While the NY SAFE Act was created in just two tense days at the state capitol, very little has been accomplished on the national stage regarding gun control, despite the topic’s dominance in national media coverage.

There has been indignation from gun rights advocates who feel the Second Amendment is under attack. The U.S. has a traditionally strong culture of gun ownership, especially in rural areas, so gun owners are naturally protective of their right to use and own guns.

Governor Cuomo has been criticized for passing new gun control legislation in New York too quickly. Some critics argue the Governor didn’t allow enough time for public debate. Cuomo defended his swift action by citing gun stores that had completely sold out of assault rifles in the frenzy prior to the law’s passage.

Gun control advocates hope that national dynamics have shifted following recent shootings. An outraged public could pose a challenge to powerful lobbying groups such as the National Rifle Association.

President Obama’s gun control plan would call for tougher gun trafficking laws, a ban on magazines with over ten rounds and criminal background checks on all gun sales.

“I’ll put everything I’ve got into this” said President Obama. He went on to say that “The only way we can change is if the American people demand it.”