As most are aware, the United States military is an organization of extreme order. Many would argue that having a rigid set of directives is the only way a military sect can function. On a logistics level, this sounds completely feasible–there must be perfect order and discipline to organize and carry out all that the military does for this country. However, many within the military are finding one rule to be a bit excessive. This would be the uniform rule, which was enacted in the 1980s. It declares that members of the army must have a clean shaven face and head.
Although this may not sound like much of an issue for most Americans, it is a problem for those whose religion dictates against shaving the head and requires the wearing of any sort of head garment. Due to this rule, those of the Sikh religion are finding it extremely difficult to enter into the United States military. One Sikh, Dr. Kamal Kalsi, applied for religious accommodation when he was denied from the army because of his beard and turban. The army told Kalsi that their reasoning for the denial was that “A turban and beard interfere with uniformity, possibly may interfere with unit cohesion and may pose a safety hazard.”
However, Kalsi did not give up on trying to serve his country. He went to Congress and got 50 signatures and was able to get 15,000 petitioners. Kalsi also involved a law firm and finally went to a civil rights advocate group. All of this, just so he could serve in the US Army. He is currently a dentist in Fort Bragg, North Carolina. There is only one other Sikh in the army who was able to complete the same process as Kalsi and join the military.
When you take the time to think about this uniform rule, it seems a bit contradictory. One of the founding reasons this country was formed was to pursue religious freedom. Yet, our military, the supposed defenders of this very right, withholds this freedom from its soldiers; the people who possibly deserve it the most. Why sacrifice the desire of many to serve this country to uphold a rule which merely strives to achieve “unit cohesion?”
There is one rule which supposedly attempts to accommodate religious dress. However, the rule merely states that the members can be allowed into the military for a time while their request for religious accommodation is pending. In the meantime, the members would have to adhere to the regular uniform rule, therefore completely defeating the purpose of the amendment. Today, there are three other Sikhs that are attempting the same process Kalsi faced to join the army. The process will probably be long and they will have to jump through many hoops to be admitted into the military, but with others who have paved the way, maybe their path will be a bit clearer. 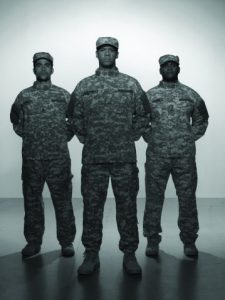