As the NFL season has finally come to a close and with the 2014 NFL Draft just months away, it is time to look at some of the notable names that will soon be playing their football on Sunday.

Jake Matthews, OT: Regarded as the first or second best offensive linemen in this year’s draft, this 6’5”, 305 lbs. mammoth from Texas A&M is a perfect fit for just about any team in the NFL. This strong side tackle quietly had an impressive senior season protecting Johnny Manziel’s blindside. He isn’t a flashy player, but consistency and versatility are his strongest traits. Matthews can be best categorized as an old school lineman and is best suited for run oriented teams. The Atlanta Falcons have struggled to find a balance in their offense as they’ve relied heavily on quarterback Matt Ryan. Drafting Matthews will give them a well needed punch in their rushing attack.

Kahlil Mack,OLB: For those of you who don’t follow college football, you’re probably wondering who the heck this guy is. Well this hard hitting SUNY Buffalo, (yes I said SUNY) linebacker has the prototypical size and speed that will translate well in the NFL. Throughout his career he has feasted on lesser opponents in the MAC, ending his career with FBS records for tackles for loss (75) and forced fumbles (16). He has great instincts and is regarded as an excellent two-way linebacker, excelling both in coverage and in the run game. The knock on Mack has been his attitude, but that doesn’t seem to bother teams as he has soared up draft boards in recent weeks. With new Head Coach Lovie Smith bringing the Tampa Two defense back to the  Tampa Bay Bucaneers, Mack would be a perfect fit, as this system doesn’t work without strong linebacker play.

Sammy Watkins, WR: Widely regarded as the best wide receiver in this year’s draft, Watkins’ best attributes are his soft hands, great aerial body control and superb route running. He had a productive collegiate career, setting a school record for career receiving yards, and showed steady improvement throughout his three seasons at Clemson. The downside is that he is only 6’1”. However, he more than makes up for his relatively petite build with the aforementioned attributes. Scouts are describing him as a combination of Torrey Smith and Percy Harvin, and say he will fit well in today’s pass-happy NFL. He isn’t expected to be an early first round pick, however the St. Louis Rams would be wise to give franchise quarterback Sam Bradford another weapon. 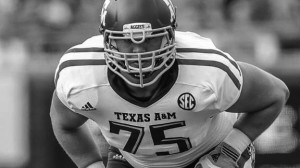 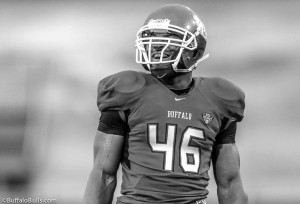