From listening to the first haunting synth line to the very last breath of 19-year-old rapper Earl Sweatshirt, you know you are hearing a one-of-a-kind artist. Born Thebe Neruda Kgositsile, Earl Sweatshirt is part of the Los Angeles hip-hop collective Odd Future, which has spawned two headline-grabbing characters: the always inflammatory Tyler, the Creator and the genre-twisting crooner Frank Ocean. But now is Earl’s time to step into the spotlight—however reluctant he may be.

A perfect foil to Tyler, the Creator, Earl is more thoughtful and shy, bringing a refreshing perspective to hip-hop. His debut studio album “Doris” builds on the sonic palette that has come to be expected from Odd Future’s constituents, but brings an added maturity and level of sophistication unseen by Earl’s previous work. The artist has not come without his fair share of controversy. His debut mixtape “Earl” came out when the young rapper was only 16-years-old and followed suit of his mentor Tyler, the Creator with shockingly violent and darkly sexual themes. Earl could not experience his own rising fame first-hand though, as shortly afterwards his mother sent him to a boarding school in Samoa due to his getting in trouble too much.

Earl returned to the U.S. last year a more mature man with a more worldly perspective on life, and it shines through in his lyrical content. “Doris” was released on August 20. On the first single “Chum,” he speaks about the struggles in his life and strained ties with his family amidst a melancholy piano melody. His first line speaks of his father leaving, saying “It’s probably been twelve years since my father left/Left me fatherless/And I just used to say I hate him in dishonest jest/When honestly I miss this nigga, like when I was six/And every time I got the chance to say it I would swallow it.” This deep introspection permeates the entire track and the record as a whole. Later speaking on his relationship with his mother and newfound fame he says, “Supposed to be grateful, right?/Like, ‘Thanks so much, you made my life/Harder, and the ties between my mom and I are strained and tightened/Even more than they were before all of this shit’/Been back a week and I already feel like calling it quits.” Earl has the ability to not only paint his emotions on the track, but to do so eloquently and in a relatable way. 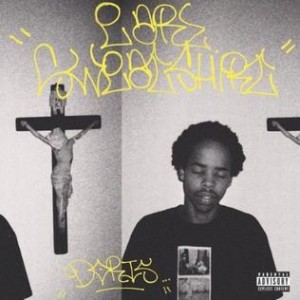 Earl is not a man of showmanship. His main concern is not getting the listener hyped or creating a party atmosphere. Rather, he is one of the most technically talented rappers in the game today; crafting lyrical treasures are his specialty. His mastery of internal rhymes and over-the-bar-line phrasing is incredible and points to a long and successful career in the future. On the harrowing first track “Pre” he showcases his talent with tongue-twisting lines such as, “Hard as armed services/Y’all might have heard of him/Escobarbarian, best call the lawyers up.” Almost every word Earl spits mirrors the previous one, and he deliberately peppers the track with aggressive, sharp raps.

If his technical skill wasn’t impressive enough, his wordplay and extended metaphors are equally visionary. In just this line alone, he starts by expressing how hard and tough his rhymes are by comparing them to the military. He further compares himself by creating a portmanteau of Pablo Escobar (a well-known drug lord) and the word barbarian. “Escobar” is also a reference to one of the greatest rappers of all time, Nas, who occasionally calls himself this name.

Beautifully written lyrics are one thing, but in hip-hop a song isn’t worth a listen if it doesn’t have a worthwhile beat. Earl Sweatshirt’s album comes packed to the brim with dark and nightmare-inducing sounds. “Hoarse” rides a lumbering guitar riff over and over again; its hypnotic melody provides a perfect landscape for Earl’s sarcastic wit and astute observations. The talented rapper even produces some songs on his own under the pseudonym “randomblackdude.” He has production credits on seven of the album’s 15 tracks, including the singles “Chum,” “Hive” and the remorseful “Sunday” featuring Frank Ocean.

Earl Sweatshirt provides a breath of fresh air in today’s hip-hop atmosphere. His first real showcase as a solo artist is a resounding success. He follows in the footsteps of his Odd Future brethren but also walks far enough away to stand on his own merits, proving he is the real deal. Earl Sweatshirt is going to be a fixture in hip-hop for awhile, and at the age of 19, he is only just getting started.