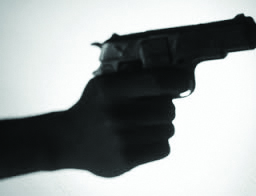 Sparks Middle School in Nevada is now a part of the long list of schools that have experienced a shooting across the United States. Twelve-year-old Jose Reyes shot three people, killing one and injuring two others before turning the gun on himself.
The shooting occurred on Monday, October 21. Shortly after arriving at school, Reyes pulled out a gun, which he had brought from home and open fired. One of the students that attended the school, Jose Cazares, said on the TODAY Show the next day, that one of the students pleaded with the shooter once he started firing. “He didn’t say nothing,” Cazares said. “He just kept on shooting them.” It has been reported by the police chief that the parents of Reyes are fully cooperating with the police.
The one fatality from Monday’s shooting was 45-year-old math teacher, Michael Landsberry. Landsberry was a former marine and part of the Nevada Navy Guard. Cazares stated on the TODAY Show that Landsberry stepped in front of the gunfire when Reyes took aim on the basketball court. According to another student, Reyes pretended as if he was going to give the gun to the teacher and then shot him. Another student told USA News that Reyes had complained of being teased. “I heard him saying, ‘Why you people making fun of me, why you laughing at me,” said another student to NBC News. Friends and family of the two students who were wounded in the shooting gathered at St. Paul’s Episcopal Church for a prayer service. They plan on having another prayer service and candlelight vigil later on in the week.
During an interview with CNN, eighth grader Amaya Newton said that just a week prior to the shooting, students were shown an anti-bullying video in which a bully was threatened by his victim with a gun. Newton believes that this may have been what inspired Reyes. According to Newton, the video may have sent the message that it is easier to shoot your bullies than to tell a teacher. She described the shooter as “a really nice kid” who “would make you smile when you were having a bad day.”
Michael Landsberry has been called a hero and a beloved teacher. Many students on the basketball court that morning who witnessed the shooting said he tried to take the gun out of Reyes’ hand. There are currently no official motives from the police on the shooting.