Downtown Oneonta will soon be thriving with people attending newly renovated establishments lining the heart of the city — Main Street. Once unoccupied storefronts will be replaced by businesses, and pedestrians may stroll by just for the inviting, scenic atmosphere.

In 2016, the city of Oneonta was awarded $10 million from the Downtown Revitalization Initiative (DRI). The award is a part of Governor Cuomo’s $100 million endeavor to upgrade urban areas statewide. The completed revitalization plan, which took over six months to develop, was accepted by the state last April and included 13 projects. 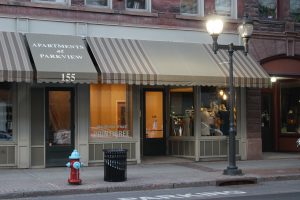 The Oneonta DRI press release outlines the upcoming plans for the city. Market Street and South Main Street will experience some updates. The goal for Market Street and Main Street is to increase pedestrian activity by adding things such as cross walks, bike lanes, and additional parking. The plan is to create an urban feel that is consistent with the rest of downtown by adding new sidewalks, greenery, outdoor furniture, and streetlights.

Sarah Solomowtiz, a junior at SUNY Oneonta said, “It [Oneonta] needs a facelift! Main Street and Market Street are like Oneonta staples; it would be nice to see new things there. Healthier and trendier restaurants would give more options and probably attract more college students. I know I would love to see things like that.” 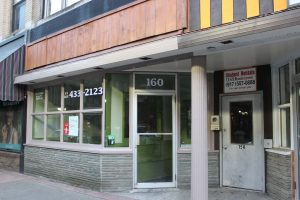 Another primary improvement will be making Muller Plaza an Oneonta hotspot. This will be done by creating a passageway to connect it to Water Street and other areas of the city. Running parallel to the passageway will be the new Water Street Boardwalk. The boardwalk will allow pedestrian flow to Main Street, Muller Plaza, and Market Street.

The new and improved Muller Plaza will also connect to the future Food and Beverage Innovation Center, which is planned to be a six story building. The upper four floors will allow for mixed-income housing while the lower floors will be a center dedicated to “food and beverage product development, training, entrepreneurship, and education.”

Also as part of the DRI plan, the Oneonta downtown area will be developing a distinct brand and marketing scheme. 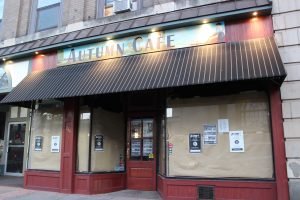 Oneonta Mayor Gary Herzig said, “This one [part of the budget] will be used to pay for a regional marketing campaign designed to let people know more about Oneonta — specifically to let them know of Oneonta’s many assets as to encourage them to want to visit, live, open a business, or otherwise invest in the City of Oneonta.”

These developments are being executed to, hopefully, promote economic growth for the city.

While these updates are being promoted in the spirit of progression, there are people who have shown disapproval of these changes. Those who oppose the plan for the DRI believe that the $10 million is not being spent in the most effective way and may actually negatively impact Oneonta. 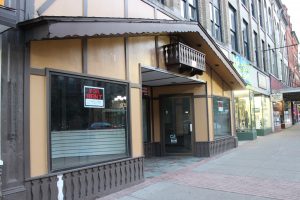 Main Street business owners and residents of Oneonta have signed a petition objecting to the grant’s use. One Oneonta business owner said, “There is too much focus on construction on two or three new buildings. The focus should be on existing Main Street properties and vacant historical buildings.”

Those who don’t like the current plan for the budget would rather that the funds be used to revamp Main Street in a way that would allow its history to shine. They want Main Street to be more of a destination instead of making new buildings in other places that may actually draw attention away from Main Street.

On the critics the DRI project is facing, Herzig said, “Change is often difficult and does not affect everyone 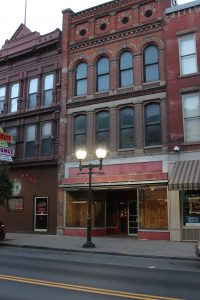 the same way. The greatest concern has come from our student landlords who [are] concerned that new downtown housing will compete with them. Oneonta has a strong student-based economy. A relatively small number of people and businesses benefit directly from that. We need to expand our economy so that more people in the city of Oneonta can do better financially.”

The DRI’s intention is to stimulate economic growth and create jobs as well as to generally update and transform the city. The changes being made will, hopefully, increase pedestrian traffic, draw college students downtown, and even allow the Millennial generation to settle in Oneonta. Herzig said that the project is estimated to be completed by 2021.