Paige Welch – Staff Writer
Everyone can recognize an authentic Dr. Marten boot by the signature yellow stitching around the chunky, rubber soles and the tab in the back that advertise famous bouncing sole technology. Most of the products are made out of real leather and are hand crafted in U.K factories, but there is a popular “vegan” line for those wanting a more environmentally conscious boot; plus the fake leather is a little cheaper. Dr. Marten has been the brand representing alternative music scenes, beginning with the spontaneous adoption of the classic work-boot by “ska-loving skin-heads” in the 1960’s.

The brand was officially coined in 1945 after Dr. Klaus Maertens, a soldier, invented an air-cushioned sole that was more comfortable than any options available at the time. The production of shoes with these soles officially began and in 1959, the brand then extended its adverts to overseas magazines where it was found by the British shoe company, in the 1960s by the Griggs company. It was here the famous boot w
as invented, yellow stitching and all. The first model was the eight-holed 1460 boot, which is still an incredibly popular style today.
As the skin-heads adopted the style of the working class British man, Doc Martens continued to be a popular choice for punk and rock fans. By the end of the 1970’s, the Doc Marten boot became a “symbol of self-expression.” The brand remained rooted in England, which started to be plagued by anti-government riots. With riots comes the rise of rebellious youth culture, so in the 1980’s women started to customize their Docs with unique floral patterns. At the same time, American hardcore bands began to bring these boots back to the states with them after touring in the U.K. This is how the brand’s presence in Amer 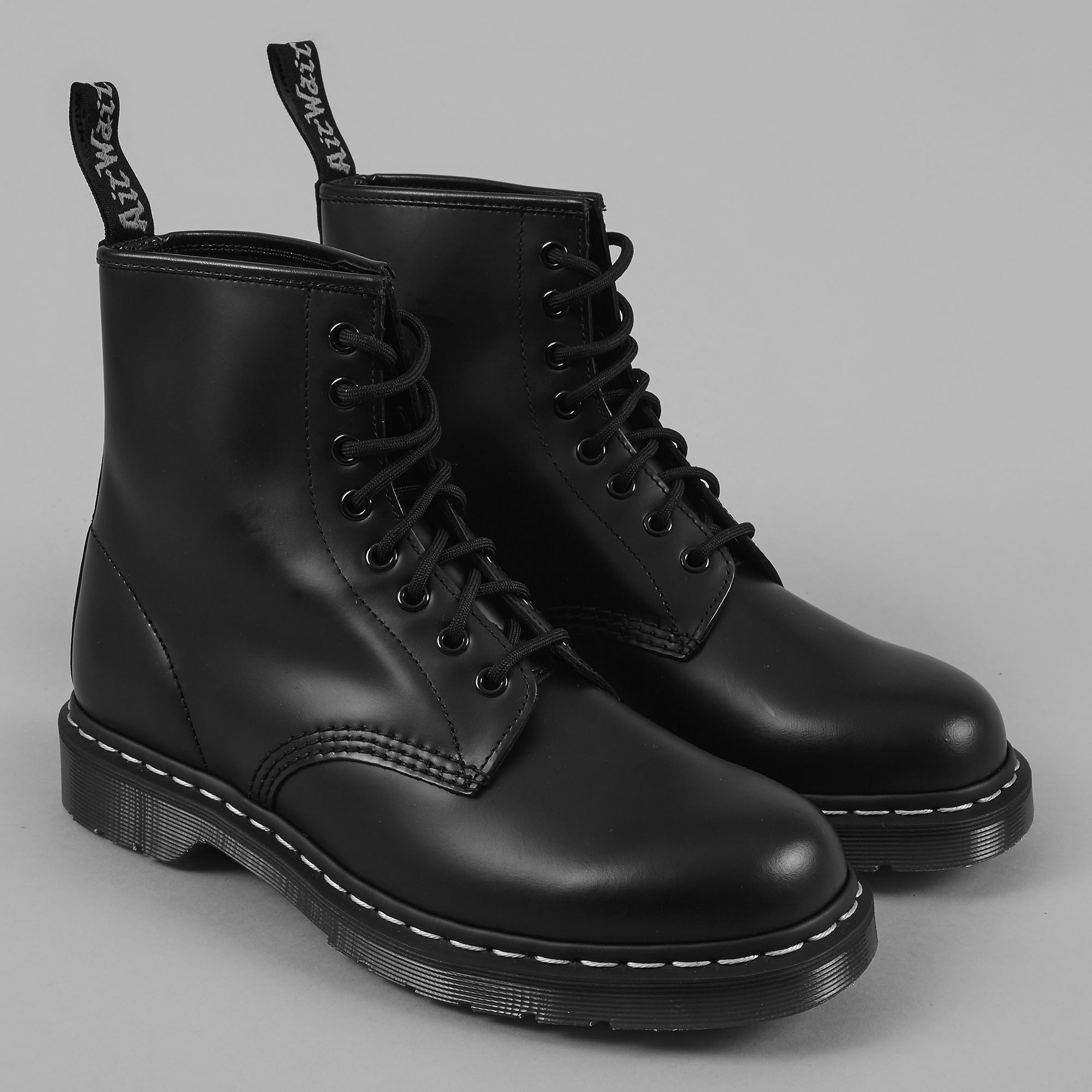 ica began. It was here that DM became a music festival staple, and popular rock icons could be seen wearing them on stage. After a brief decline in popularity in the 2000’s, the brand revamped itself and now offers an incredibly diverse selection of footwear styles, as well as other accessories, in order to appeal to a wider variety of tastes.

There are many reasons why this brand remains a favorite. The authenticity of the production process makes all of their designs more intimate, and is a refreshing break from the common mass production of clothing brands. I personally own two pairs of boots as well as a satchel bag. All are made from genuine, high quality leather and the company claims that each pair of boots has a 50 year guarantee of survival. The overall quality is truly the main appeal, but there is still nothing like the patterns, materials, and styles of the hundreds of products offered on the website and in stores. I have not found any boot that can be compared to the edgy look of classic black Docs. They go with everything and can be worn in all types of weather. I wore one of my pairs to a music festival, where it rained all day. My feet were wet by the end of the day, but after a night, they were completely dry and still in perfect shape by the morning. Not to mention the fact that they are still a staple in alternative style. As the website says: “Music is the heartbeat of the brand.” As I wear them to concerts, they start to collect the memories of surreal musical appreciation. Knowing that they are connected to music, specifically the punk movement, makes me feel as if I’m a part of an aesthetic community. I definitely recommend the boots to anyone who is looking for something unique, comfortable for exploring, and still stylish.