As I write this article, roughly 57 million people who play Fantasy Football in the U.S. and Canada have their eyes glued to ESPN, their laptops, and Twitter, filtering through the actives and inactives for this week’s NFL games. “Is Eddie Lacy going to play? How is Alshon Jeffery’s calf? When will Arian Foster be back in the lineup?”

Most football fans have a favorite team, a group of guys who they have rooted for years. So why, as a Philadelphia Eagles fan for example, would a person care at all about the Detroit Lions’ back-up runningback? The magical answer is Fantasy Football.

No sport creates more fantasy buzz than football. It’s not just because it’s America’s favorite sport, statistically. It’s not because the NFL has created the RedZone Channel, a channel that jumps around the league to various games, highlighting teams that are about to score (this channel was designed for Fantasy Football players). We love Fantasy Football because it changes the emotion in which we watch games with. Instead of one rooting interest, you now have ten. Fans will root, trash talk, and agonize over their fantasy teams just as much as they would for their favorite real team. It creates hypercompetitive feuds between friends on gameday, in message boards, and any other kind of media imaginable.

Although the concept of fantasy sports started with baseball in the 1970s, football has completely overtaken the industry. In an NFL season, there are only 16 games, and a fan could, and often does, watch almost every single game in which their favorite team plays. Contrarily, there are 162 games in a Major League Baseball season, rendering the games a little more meaningless on a per game basis than football. It’s simply not feasible to watch that many games in a season, day after day. So essentially, what I’m saying is that we play Fantasy Football because we are lazy. It’s only a four-month commitment to checking your lineup once a week on Sunday morning as opposed to other popular fantasy sports like baseball and basketball, where lineups must be checked daily for a longer stretch of time.

Still don’t want to commit? You’re in luck because there is now a way fans can participate in weekly fantasy games for big cash prizes. You can start and stop at your leisure; no four-month commitment. If you watch football on Sundays, you may have heard of these two websites because they had two or three commercials during the games.

FanDuel and DraftKings are the titans of Daily Fantasy Sports (DFS) and are letting everybody know. DraftKings spent more money on television commercials last week than any other company in the entire U.S. With its new marketing deal with ESPN, DFS has been shoved down the throat of sport fans. It seems like ESPN talks about DraftKings almost as much as they talk about the New England Patriots.

Like it or not, fantasy sports are here to stay. They offer an exclusive platform for fans to have a rooting interest in almost every game. Oh wait, except gambling. But, nobody gambles on sports, right? 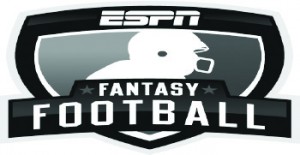