Over the weekend, the Oneonta Moose Lodge held the “Out of the Darkness” suicide prevention walk to raise awareness for an organization that works toward educating people who have had thoughts of suicide and to comfort and provide assistance for the family members of victims of suicide.

This worthwhile cause was very much centered around the families in Oneonta and nearby towns who have lost someone to suicide in the last couple of years. This organization works with families and other people affected to help them begin to heal after their loss and to feel as if their loved ones did not die in vain.

Before the walk began at 11:30 that morning, the event coordinators named every person who had died from suicide and who had someone there walking as a dedication to them. This walk was conducted in the belief and hope of trying to stop others from choosing the same fate as those who had been named.

After the list was read, music played and doves were released to honor and remember those who died.

Statistics found on the American Foundation for Suicide Prevention’s website (they organize the “Out of the Darkness” walks across the United States) bring some staggering facts to light:

Males are considered four times as likely as females to attempt and succeed in a suicide.

After cancer and heart disease, suicide takes more lives than any other form of death in the United States.

On average, someone dies from suicide every 13 minutes, and more than half of all suicides are carried out by the use of firearms.

The actual walk, once it left the Oneonta Moose Lodge, was quiet and solemn as the groups walked along the sidewalks and out of the way of cars and other pedestrians.

As is the case for many instances of instances, people never know that their friend or loved one is struggling until it is too late to help them. They skirt around trying not to bother or hurt anyone else under the assumption that no one feels the way that they do, and therefore, no one can help them feel better. This walk was conducted in a way that bothered no one in town, did not make any trouble, created too much noise, or raise a fuss. I found the similarities, whether on purpose or not, strikingly interesting.

If you or anyone that you know is struggling with depression, suicidal thoughts, or has lost someone to suicide, please take a minute to visit the American Foundation for Suicide Prevention’s website at: https://www.afsp.org 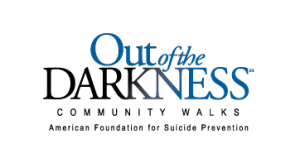