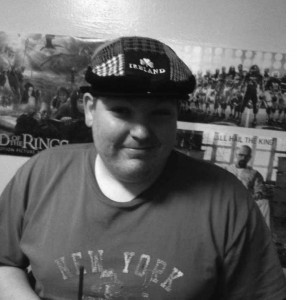 Every sports fan has their favorite sport and league to watch. My number one sport is hockey and I am a fan of the NHL (let’s go Rangers). While I do enjoy watching any NHL game that is on, there are definitely a few changes that can be made in order to make viewing a game a more pleasant experience. If I were the commissioner these are some of the rule changes I would make:

1) Get rid of the delay of game penalty. Ever since the NHL lockout that cancelled the 2004-2005 season, one of the most ridiculous rules is clearly the delay of game penalty. If a defensive player shoots the puck over the glass in their defensive zone, they are automatically sent to the penalty box for two minutes. The theory behind this rule is that players used to purposely clear the puck into the stands when their team was tired and needed a line change.

But the rule in place is simply too extreme. Too many players have been penalized for accidentally shooting the puck over, often times costing his team a chance to win the game. The best rule change would be to treat shooting the puck out of play as an icing. When the puck is shot into the stands, that team would not be allowed to make a line change. It would prevent a cheap attempt to stop play and would not penalize a team for an accident.

2) Make the playing surface bigger. The size of every NHL rink is 200 feet long by 85 feet wide. This has been the regulation size of the rink since the NHL’s inaugural season in 1917. But as time has passed the average players has gotten bigger, creating less room on the ice for skilled players to make plays.

In international play, however, the rinks are bigger, measuring 200 feet by 100 feet. This creates much more room for the players, but also allows them to skate up and create more odd man rushes and exciting plays. The reason why this change has not occurred is because NHL owners are selfish and unwilling to take away seats in order to create a bigger rink. It is all about the money.

3) Get rid of the shootout. Before the 2004-2005 lockout, the games that were tied after the five minute, four on four overtime period ended in a tie. But, in order to help coax angry fans back to the arena, the league implemented the shootout, a breakaway skills competition in order to determine the winner. While it was first an exciting thing to watch, it became clear amongst the majority of fans that this was an unfair way to determine who wins regular season games.

The NHL is currently tinkering with the overtime period, possible having two shortened periods, one four on four and the other three on three, and then going to a shootout. I am partially on board with that. Although if I was in charge, I would implement a five minute four on four period, followed by a five minute three on the period. If no one scores, then the game would end in a tie.

4) Allow players to kick the puck in the net. Under the current NHL rules, a player is allowed to use his feet to put the puck in the goal as long as there is “no distinct kicking motion.” But throughout the season the referees have been inconsistent in what that constitutes a kicking motion. Players, fans and announcers have looked dumbfounded on calls that have been overturned into a goal or called back. If they just allow players to use their feet at all costs, then this problem would go away entirely.

I love hockey and am a big fan of the NHL and like a majority of rules the NHL has.  But if they made these rule changes, it would benefit everyone involved.