The American League is looking to rebound after the Kansas City Royals lost the 2014 World Series. Here are some predictions for this years division races.

The AL East used to be a two-pony race between the Boston Red Sox and the New York Yankees before it evolved into one of baseballs top divisions. Now this division is loaded with questions as there is no clear-cut winner out of the gate. The Red Sox look like the top team with one of the best lineups in baseball and a criticized, but underrated pitching staff. If their pitching can keep up with their lineup, the East is theirs.

The Yankees can never be counted out, but it would be a surprise if they took the division this year. They are an aging team but there is enough talent to make a run if all goes right. The Toronto Blue Jays are an improved squad as they signed catcher Russell Martin and traded for Josh Donaldson in the offseason. However, the Blue Jays have not won a pennant since 1993 and have a recent track record of not living up to expectations. The Baltimore Orioles have bounced back from the dark years of the early to mid 2000s, as they’ve made their return to the postseason and look to be competitive again. It looks like a down year in Tampa Bay, as the Rays lineup figures to hold them back. They will more than likely struggle to produce runs. Their pitching will be strong, as Tampa churns out solid pitching talent better than anyone. But it will not be enough to keep Tampa from the cellar.

After a magical year that saw the Kansas City Royals make it to their first World Series in 30 years, they will look to continue their upward trend. The Royals emerged from a long stretch of futility with a slew of young talent who looks to keep them competitive for years to come. The loss of longtime slugger Billy Butler will hurt more than they realize, and playing in this tough division doesn’t help. But the Royals have enough talent to make the race interesting.

The Chicago White Sox are a vastly improved team from last season. They made some of the biggest splashes this offseason, signing Jeff Samardzija, Melky Cabrera and David Robertson. Chicago doesn’t have any real glaring weaknesses. Couple that with the continued ascension of Jose Abreu and Chris Sale and this team looks poised for October. The Detroit Tigers can see their window of opportunity closing, with some of the biggest stars residing on the wrong side of thirty. The Tigers have been one of the top teams for years but they look to take a small step back. The Cleveland Indians are a puzzling team, possessing both talent and question marks. Pencil them in to finish around .500.  The Minnesota Twins are the one non-factor in this division.

This division is a two-team battle between the Los Angeles Angels and the Seattle Mariners. The Angels hope to rebound from a short 2014 postseason run. They also have Mike Trout, the game’s best player and a strong roster, so there is no reason to think of anything other than a playoff berth. Seattle on the other hand looks to build on a season that saw them come one game short of the playoffs. The Mariners made a big splash, signing outfielder Nelson Cruz to improve their weak offense. But pitching is the strong point of this team and will be what carries them to October.

Contrary to popular belief, the Oakland Athletics did not do enough to replace what they lost and could be watching the playoffs from home. The Houston Astros will continue to grow and develop, give this team a few years. Finally, the injury bug tackled the Texas Rangers’ hopes last year. They will not be as bad, but will fall short of the playoffs. 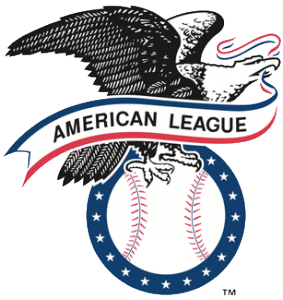