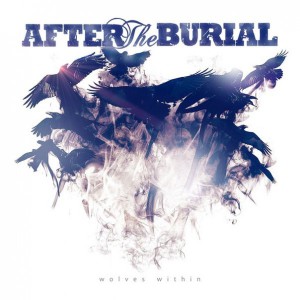 Every band in some way or another strives to establish a sound that is truly their own. In today’s over saturated metal scene, that goal becomes even more difficult to attain as bands are constantly gaining inspiration from one another.
Every so often there is an album that cements a band’s identity, making it unmistakable to any listener. For Minnesota tech-death band After The Burial, Wolves Within does just that and more.
Released in 2013, this album is the bands crowning achievement (so far) and it is easy to hear just how much work was put into this record. Despite the album’s short length of nine tracks, each song is carefully crafted into a masterpiece of crushing djent-laden bliss.
From start to finish, Wolves Within does not take its foot off the gas pedal, as it is stacked with big, crunching riffs, stellar drumming and a consistent and tight vocal performance by Anthony Notarmaso. Guitarists Justin Lowe and Trent Hafdahl leave nothing to be desired on the album with their performance, and a big part of that is the tone of their guitars. The result is an extremely low, bottom-heavy and distorted sound that gives bounce to each riff, while still maintaining maximum heaviness. Not only do the guitars sound great, the band has now created a way to distinguish themselves from other bands that use similar tactics. It is that kind of attention to detail that makes Wolves Within such a special and innovative album.
While After the Burial’s style is mostly based on rhythm, there is no shortage of shredding on this record, especially on the air guitar anthems “Pennyweight” and “Neo Soul.” Both players show a tremendous amount of skill, especially when it comes to palm-muting, and they utilize all seven strings of their guitars, which can be rare in today’s metal scene.
Drummer Dan Carle and bassist Lerichard Foral are the gears that keep this well-oiled machine going with their tight rhythms, and neither is afraid to take control of the song, as is the case in “Anti-Pattern” and “A Wolf Amongst Ravens.”
The highlight of Wolves Within is without a doubt the album’s fifth track “Nine Summers.” The opening call and response riff sets the tone for the crushing breakdowns and murky rhythms littered across the track’s darkened landscape.
Finally, an album is only as good as its producer, and Lowe delivers. The guitarist has produced or co-produced every After The Burial album to date and has only gotten better with each release. Wolves Within is beautifully mixed, yielding a balanced, calculated attack in which no band member overpowers the rest of the group.
If you are a fan of metal there is no excuse to not buy this record. This isn’t your typical djent band that plays boring riffs in binary code (0 and 1st fret). What you are getting is nine tracks of non-stop brutality, perfectly blended with tasteful melodies. Give the repeat button a click because Wolves Within is an absolute banger of an album.