As the NHL regular season begins to wind down, let’s take a look at some predictions for the major individual awards. Who will bring home the hardware?

Price’s stellar play in goal has the Canadiens in a tight race with the New York Rangers for the top seed in the Eastern Conference. Price leads all goalies with a 1.92 goals-against average (GAA) and a .936 save percentage, and he is tied for the league lead with nine shutouts and 41 wins.

Price has given the “Habs” a chance to win on every night and no team will want to face him in the playoffs. There is no doubt that Price is the best goalie in the NHL and should run away with both of these awards.

In a tight race that involves Calgary Flames forward Johnny Gaudreau and Nashville Predators forward Filip Forsberg, this year’s winner should be Panthers defenseman Aaron Ekblad. Ekblad has not missed a game this season while constantly being paired against the opposing team’s best scorers.

The 19-year-old former first overall pick has a bright future ahead of him, contributing on the offensive side as well. He has scored 11 goals this year (four of them game winners), along with 24 assists and sports a plus 10 rating. It is a shame that he is on a team with such a small fan base because the rest of the world should get to see the star that is already coming into his own.

After last winning this award in 2012, Karlsson has gotten his game back to an elite level, being one of the major reasons that the Senators are still fighting for a playoff spot. In his first season as team captain, Karlsson has shown great leadership, constantly putting the team on his back in big situations.

He leads all defensemen with 62 points (20 goals and 42 assists), sometimes acting like a fourth forward on odd man rushes. But he also has the responsibility of a reliable defenseman, ranking third in the NHL averaging 27:09 average time on ice per game (TOI). He has been lethal on the power play with a complete vision of the ice, always finding the open man

In another close race between Peter Laviolette (Nashville Predators), Jack Capuano (New York Islanders) and a host of others, Hartley, the head coach of the Calgary Flames deserves to take home the hardware. No one expected the Flames to fight for a playoff spot when the season began, let alone them holding a Wild Card spot this late into the year.

His idea of playing “the hot hand” in goal, whether it is Karri Ramo or Jonas Hiller has created a team where all egos are checked at the door and everyone wants to win. After Mark Giordano, Calgary’s best player during the regular season went down with a torn triceps in early March; many people thought the Flames season would fall apart. But Hartley’s cool demeanor has kept this young team in the playoff race for the first time since 2009.

Now that these awards are handed out, it is time to enjoy these last few days of the regular season and get ready for two months of madness as fans get ready for the mad dash for the Stanley Cup. Enjoy the fun. 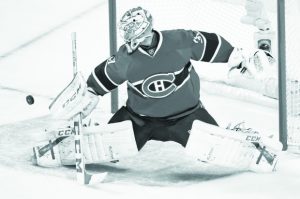