On December 17, 2014, President Obama and Cuban President Raul Castro agreed to restore full diplomatic relations between the United States and Cuba, ending a more than 50-year stalemate between the two countries.

In February, Major League Baseball also nixed its requirement that Cuban players obtain a license from the US government before they signed with a team. This agreement and rule change will only increase the influx of Cuban stars playing in the MLB.

Cuban players have been defecting to the US for years, but recently there has been an invasion of talented young players from the island nation. Today when someone thinks of a Cuban star, they think of power. Power is the most common attribute of these players and in an age where offense is hard to engineer, power is coveted. When Yoenis Cespedes debuted in 2012 with the Oakland Athletics, he showcased his power by hitting 71 home runs through his first three seasons and winning the Home-Run Derby the past two years.

The reigning American League Rookie of the Year, Jose Abreu, continued the Cuban power surge, blasting 36 home runs and batting .317 with the Chicago White Sox. Los Angeles Dodgers sensation Yasiel Puig electrified the league in his first season with his speed, power and defense. Despite being a headache at times, Puig’s play speaks for itself.

Don’t be fooled though, these guys are not one-trick ponies that only hit for power. Defense, particularly in the outfield, is another commodity they offer. Cespedes and Puig are feared for their strong arms, making unbelievable throws towards home plate. These three sluggers have established themselves in the MLB and paved the way for the next wave of talent (more on that later).

Aroldis Chapman was the first of our generation’s Cuban players to appear in the MLB. He defected in 2009 and debuted in 2010 with the Cincinnati Reds. Chapman has since become one of baseball’s most dominant closers, renowned for throwing 100+MPH heat. Jose Fernandez is another Cuban pitcher that has shown he has the stuff to become great. Despite missing the 2014 season due to Tommy John surgery, Fernandez displayed his immense talent in 2013 and is a key cog in leading the Marlins back to relevance.

This past year has seen the next wave of Cuban talent make its way to the MLB. 27 year-old Rusney Castillo signed a seven-year, $72.5 million deal with the Boston Red Sox in 2014 and is set for his first full season as Boston’s starting center fielder. The two big signings this offseason have been Yasmany Tomas and Yoan Moncada. Tomas signed a six-year deal with the Arizona Diamondbacks in December, while the 19 year-old Moncada signed with Boston in February. There is a lot of excitement surrounding these two and with good reason. Tomas possesses prodigious, raw power and looks to make an immediate impact in Arizona. A lot of hype has surrounded Moncada as he has become an elite prospect. At just 19, he has room to grow, which is scary based on the rave reviews of him so far. He is a five-tool player who can do it all and has a high ceiling.

We are witnessing a growing influence of Cuban players in the MLB that is just in its infancy. With the new rules and political agreements, we could be seeing many more players country-hopping to the US in the foreseeable future. Major League Baseball has opened up a deep talent pool that will not be going dry anytime soon. 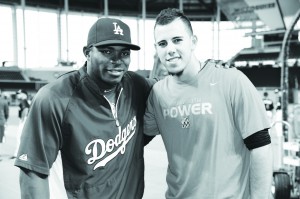