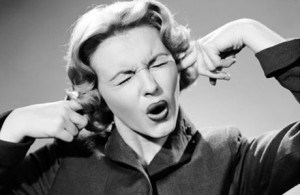 “What did you study?”

One succinct, single-word response and I saw the stranger raise his brows and inhale, preparing to deliver a tired tirade of how virtuous/foolish/naive my decision to study journalism was.

I can’t count how many times I’ve seen post-grad small talk go from not awkward to awkward with the well-intentioned arrogance of a middle-aged man or woman.

I will spare you the diatribe I was given by George or Mark or whatever his name was, but the never-ending slew of “advice” from our elders regarding our career goals is something all-too familiar not only to journalism majors, but liberal arts majors as well.

“You studied adolescent education? Well, you know, sweetie, it’s tough to get teaching jobs out there these days.”

“Philosophy? What, are you gonna be a philosopher?”

Since the beginning of time, established adults have felt compelled to tell the next college generation how screwed they’re eventually going to be. Sometimes this goes beyond warning us how hard it is to secure a job, with advice insinuating how naive we are for our academic choices.

Now, it must be said that most of the best guidance I’ve received has been from my elders, and often, it can be delivered in a harsh light. Some of the biggest decisions I’ve made have been the result of a long discussion with one of my parents, my college advisor or a work supervisor. Being honest with ourselves about all the positive and negative outcomes of a situation is crucial, and I think the clouds is one of the most dangerous places to keep your head. (Though popping up there now and then is necessary.) But there is a distinct difference in offering constructive comments, paired with support and politely mocking one’s choices.

I’ve noticed these jabs often come from people who have little to no knowledge about the field they are giving me advice on. For instance, someone working in education or retail reminds me newspapers are dying and balks at my response that most are transitioning to the online world, and that a degree in journalism can be applied towards dozens of fields. With my degree, I learned how to write, edit, analyze, interview, interact–not necessarily become a daily reporting machine (not that that isn’t a rewarding or worthy career choice).

Many of these people may speak from personal experience, throwing a wistful glance back on the dreams they once had to someday make partner at a law firm or be creative director of their own art gallery.

It becomes easier to offer a word of forewarning to the youth, and to advise us to question our choices and not to make the same mistakes. But here’s the thing: most of the criticism is in the delivery. Sometimes even just a blatant eyebrow raise lets me in on the fact that they pity me.

I always remind myself after interactions that their words were well-intentioned. They didn’t mean to imply I was a total fool, though it still stung at first, before eventually becoming a dull ache each subsequent time.

I have friends who have been told worse. Theater majors. Black study majors. Fine arts majors. The attitude from some of the older generation isn’t just limited to liberal arts, either. Though it seems more insidious there, my friends who study architecture and certain types of engineering have also witnessed the same reaction: well-meaning but unnecessary judgement.

In general, it’s extremely important to listen to advice from others and contemplate the questions they ask. But we need to stop letting the well-meaning but toxic comments of those ten, twenty, forty years our senior make us feel like complete idiots for what we chose to study.

Eventually, I started to notice a weird side effect of all this. I came to expect these passive-aggressive reactions, and when adults asked what I studied, I would tell them with an air of…disappointment, apprehension, as if to soften the eventual blow. My mood changed in a matter of seconds, as if they asked how my grandma was and I had to tell them she was on her deathbed in the hospital. THAT kind of melancholy.

Why is it adults can’t be as supportive of our goals and studies as our peers? I rarely have someone my age scoff at my future plans–namely because they themselves have goals just as ambitious.

So I’ve decided to challenge myself, and I want anyone else who sympathizes with this to challenge themselves too.

When people ask, I am going to start telling them what I studied with a smile on my face and say it with pride. (I can hear you scoffing at my corniness.) When I chose my major, I knew the typical starting salary. I knew I would get told by out-of-touch people that newspapers were dying. What I didn’t know and still am learning is how I would effectively work my degree into a career. But it’s what I chose to study. Whether our ambitions are to join circus school or become the president, no one deserves the right to make us feel stupid for our goals.