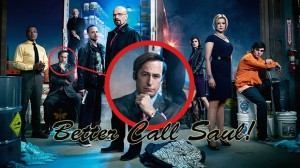 AMC’s Breaking Bad is often referred to as one of the greatest television shows of all time. The series has won 110 awards, including 16 wins from the Primetime Emmy Awards and 12 from the Saturn Awards. The show spanned 5 seasons, from 2008 to 2013, and detailed the transformation of Walter White (Bryan Cranston) from a seemingly average high school chemistry teacher to a powerful crystal meth distributor.
Over the course of the series, White comes into contact with many distinct characters, including Saul Goodman. Saul, played by Bob Odenkirk, is introduced in Season Two and first referred to as a “criminal lawyer.” Odenkirk has speculated that audiences enjoyed his character because he’s one of the least hypocritical figures on the show. It makes sense to want to continue benefitting from the success of Breaking Bad, though the standards set by its predecessor put Better Call Saul under a lot of scrutiny, even before its original air.
The first hint of a spin-off series came from Breaking Bad’s creator, Vince Gilligan, in 2012. Throughout the show’s creation period, ideas were tossed around, such as making the show a half-hour comedy, instead of the hour-long drama that they ended up going with. In 2014, in the early stages of filming, Gilligan expressed concern that fans of Breaking Bad would be disappointed in the spin-off series, even though many of the writers of the original show had signed on to work on Better Call Saul.
Better Call Saul premiered first after the midseason premiere of Walking Dead on February 8th, and then again at its permanent time the next night.
The two-night premiere received very positive reviews. David Bianculli for NPR wrote that the series stands on its own; its “tight plots, rich characters and delicious twists” will appeal to Breaking Bad fans and also to those who never watched the original show.
This prequel series, set six years before the character stumbled into Walter White, pulls in a few characters that Breaking Bad fans will recognize, making it that much more exciting to see this layer of the story, but the knowledge of the future isn’t necessary. Eric Thurm for The Verge called the series “too good to be a spinoff,” complimenting Gilligan’s handy-work.
Luckily for all those enjoying, it doesn’t seem like the series will be leaving anytime soon. The first season will consist of 10 episodes, and the network has already renewed the series for a 13 episode second season to air in 2016.
Better Call Saul airs on AMC, Monday’s at 10:00 p.m.