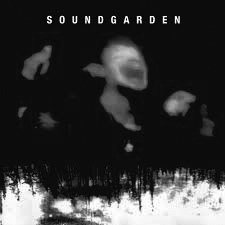 On March 8, 1994, Soundgarden released their studio album Superunknown. The album was released under A&M Records, one of the most renowned labels in the music industry, and received positive feedback. It was the record that really allowed Soundgarden to break through and become a frontrunner in the 90s realm of rock music. Superunknown is worth giving a listen to, as it still maintains relevance today.
The album was recorded during the summer of 1993 at Bad Animal Studio in Seattle and appropriately so considering it was one of the epicenters for grunge music. The studio housed artists such as Pearl Jam, Alice in Chains, and Nirvana, and may be considered the studio that recorded some of the greatest bands of the genre. They contributed to that certain “Seattle sound.” Therefore, Soundgarden produced this record at Bad Animal to provide not only a quality product through the likes of top-notch recording technology, but to create an outstanding record at a studio that has enabled their contemporaries to be successful as well.
Memorable singles off this album are in abundance: “The Day I Tried to Live,” “My Wave,” “Fell on Black Days,” and perhaps the song that brought about the most notoriety, “Black Hole Sun.” Being critically acclaimed and well received amongst the masses, this record was also nominated for a 1995 Grammy Award as Best Rock Album, was listed at 336 out of 500 of Rolling Stone’s Great Albums of All Time, and was rated 38 in Rolling Stone’s 100 Greatest Albums of the 1990s. With just about four million albums sold and other accolades arguing in support, this record is one of the greatest rock albums ever created. Even more so, Superunknown was an excellent addition to the peaking grunge scene of the 1990s and Soundgarden rightfully asserted themselves as a band that should be associated completely and accredited with producing some of the best music of this genre and time period.
Being a top band in the grunge scene, Soundgarden not only molded a masterpiece in terms of a record, but, with bands like Alice in Chains and Nirvana, manufactured a scene for fans of Bad Animals. Greatness through music offered on this record alone warrants a second look at this album, about to celebrate its 21st anniversary. It should also be considered for its effect on current bands as well. In the newer age of punk music, there are grunge influences. This is seen in quite a few bands, most significantly the band Nothing recently released a song entitled “July The Fourth”, which is currently on their split EP released with “Whirr.” “July The Fourth” is a companion piece to the song off of Superunknown, “4 of a July.” “July The Fourth” has inspiration that draws from similar topics that Soundgarden and other well-renowned grunge bands have drawn from. Lead guitarist of Nothing, Brandon Setta, attests to this by saying in an interview with Vogue, “I guess it’s just about being hung up on something… and using any method, no matter how extreme, to erase it from your brain just to obtain some sort of freedom.” This song is directly related to Soundgarden’s continuous influence through this classic record and shares many of the same themes, such as freedom through the angst-ridden lyrics that are seen in 90s grunge.