On November 15, the Miami Marlins and franchise superstar Giancarlo Stanton agreed to terms on a 13-year/$325 million deal, breaking the record of 10-year/$275 million set by Alex Rodriguez and the New York Yankees in 2007. Stanton had perhaps the best season of his young career in 2014, posting career highs in hits, runs, RBIs and home runs. He also finished second in the National League MVP voting despite missing the final 17 games of the season after being hit in the face by a pitch. At only 25-years-old, there’s nowhere to go but up for the Miami slugger. Stanton was to become a free agent in the next two years, so this was a necessary decision for a franchise that is trying to bolster its image and build a fan base.

With that said, how will a deal of this magnitude affect the Marlins and Major League Baseball down the road? Last season, Miami had a payroll of approximately $46.4 million, the second lowest in Major League Baseball. Even with Stanton set to make $25 million per year, the Marlins will still rank in the bottom three in payroll, so, economically, this move won’t cripple the team. One drawback could happen in the free agent market, where players are demanding more money than ever. So the Marlins may have to stick with their lineup of young, scrappy unknowns who can become better around Stanton.

While the Marlins are sitting pretty with their superstar locked up long term, this deal changes everything for the MLB. Robinson Cano’s 10-year/$240 million deal with the Seattle Mariners last offseason was seen as ludicrous (even the spending-happy Yankees wouldn’t sign him) and it posed the question of whether the MLB should institute a salary cap. A salary cap is an agreement that puts a limit on how much money teams can spend on player salaries.
With the exception of the Oakland Athletics (25th in payroll in 2014), the elite teams of baseball are those that have the spending power to reel in the top free agents and build “super teams.” Those who are for the salary cap argue that it will bring better competition to the game and those who oppose the cap believe that if a team makes more revenue they should be able to spend it accordingly.

So where do the Marlins stand in all of this? Well, the team made a statement in recognizing Stanton’s unique talent by paying him, but did they really need to offer a 300-plus million dollar deal? The answer is no. Stanton would have been one of the hotter commodities the market has seen in years, but no team would’ve offered nearly as much money– not even the Boston Red Sox, who were expected to break the bank for him. With that said, what will come from this is that superstars will start looking for “Stanton Money.” The MLB now has a whole new market on its hands. 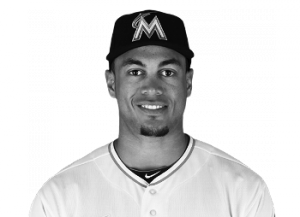