The 2014-15 NBA season tipped off on October 28, with many players impressing early on. This season has already given us a small preview of what will be a wild NBA season. However, when the regular season ends who will be holding up the individual hardware? Here are some predictions for the major regular-season awards:

Most Improved Player: Anthony Bennett, Minnesota Timberwolves:
Expectations were through the roof for Bennett when he was drafted number one overall by the Cleveland Cavaliers. Fans know what happened next. Bennett was historically bad and immediately seen as a bust, eventually getting shipped out to Minnesota in the Kevin Love trade. If he was that bad, how does he win Most Improved Player? Well, it’s actually because of his historically bad season that aids his chances for this award. There’s really nowhere else to go but up for Bennett. He’s already averaging more points per game compared to last season and his chances only increase if he continues to improve.

Sixth Man of the Year: Jamal Crawford, Los Angeles Clippers:
It’s hard to pick anyone other than Crawford for this award. The only other candidate that can give him a serious run is Isaiah Thomas of the Phoenix Suns. However, the nod goes to Crawford because of his consistency off the bench. He has established himself as the best sixth man in the league, who also gets starter minutes. Thomas may put up numbers similar to Crawford, but the three-guard rotation in Phoenix will hinder Thomas’ chances, paving the way for Crawford to snag this award for the second year in a row.

Rookie of the Year: Nerlens Noel, Philadelphia 76ers:
The popular pick may be Andrew Wiggins or Jabari Parker, but it’s Noel that will eventually come out on top. Noel missed all of last season recovering from a torn ACL he suffered in college, reclassifying himself into this year’s rookie class. While it is still early in the season, Noel will find his groove quicker than Wiggins or Parker. We all know about Noel’s defensive prowess, and the lingering injury Michael Carter-Williams is suffering from only boosts his chances as he has quickly become one of the top options in Philadelphia’s offense.

Defensive Player of the Year: Anthony Davis, New Orleans Pelicans:
We should all behold the growing legend of Anthony Davis. “The Brow” has impressed early in his first two seasons in the NBA, leading the league in blocks during his sophomore campaign. His performance in the Pelicans’ first game of the season (nine blocks) is also a solid indicator of what Davis is capable of throughout the rest of the season. Arguably the best two-way player in the NBA, Davis has all the makings to be a dominant force on defense this year and for years to come.

Coach of the Year: Kevin McHale, Houston Rockets:
It looked as if the Houston Rockets were doomed before the season started. Losing Jeremy Lin, Chandler Parsons and Omer Asik looked to be the kill-shot that would remove Houston from playoff contention. In fact, it looks to be the opposite. Houston shot out of the gates, starting the season 6-1. James Harden looks as dangerous as ever, while Dwight Howard is looking like the dominant player that he was expected to be, and the supporting cast has done a tremendous job stepping up to the occasion. While it is ultimately up to the players to win games, the coach more often than not is responsible for putting the team in a position to win. If McHale can continue to manage this throughout the season, he may be walking away with his first Coach of the Year award.

Most Valuable Player: Anthony Davis, New Orleans Pelicans:
The only two players in the history of the NBA to win DPOY and MVP in the same season are Michael Jordan and Hakeem Olajuwon. While it may be premature to consider Davis on the same level, he has the potential to make that jump as early as this year. He is already off to a torrid start and may already had a signature MVP moment in his season opener, where he nearly notched a triple-double in points-rebounds-blocks. Other events around the league are only helping the cause as well. With Kevin Durant sidelined for nearly eight weeks and Lebron James still building chemistry with his new teammates, it only makes sense the award goes to Davis. 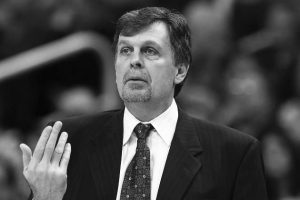 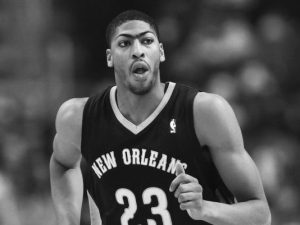