Winter. For baseball, it is a season of deals and free agent frenzy, a time of giving and receiving. Teams are doling out big time paychecks for marquee players on the market, hoping to take their squad to the next level, while others remain silent. For players, the color of the season is green, and it’s only getting greener. Last year’s Robinson Cano mega-deal (10 years, $240 million) has raised the bar for free agents in terms of getting the most money for their talents. With winter closing in, here is a look at the top free agents and where they might end up.

Max Scherzer, Starting Pitcher: Over the past two seasons you would be hard-pressed to find a better pitcher than Scherzer. Since 2013 he has compiled a 39-8 record with a 3.03 ERA. After these two successful seasons in Detroit, the 30-year-old is one of the most coveted free agent prizes this offseason, although it won’t be cheap to attain him. Earlier in the year, Scherzer turned down a six-year, $144 million extension with the Tigers. (Crazy, right?) Detroit’s past two postseason flops may have influenced him, but it is clear that Scherzer wants both years and money.
Possible Destinations: Chicago Cubs,  Los Angeles Dodgers, Los Angeles Angels

Pablo Sandoval, Third Baseman: “The Panda” had yet another solid season posting a .279 average, with 16 home runs, 73 RBIs  and an OBP of .324. During the World Series, Sandoval was lights out, hitting .429 as he won his third title with the San Francisco Giants. He is due for big money this offseason and will draw major interest, being the best of a thin group of free agent third basemen. At age 28, Sandoval is looking for a six-year deal to lock up his future in the prime of his career, with money north of $100 million. As sensible as a return to the Giants seems, it is not a sure thing.
Possible Destinations: San Francisco Giants, Boston Red Sox, New York Yankees

Jon Lester, Starting Pitcher: Easily the best left-handed pitcher on the market, and arguably the best player available, Lester is looking to cash-in this offseason after a strong 2014. Lester was traded from the only team he’s known, the Boston Red Sox, to the Oakland Athletics after the all-star break. Lester excelled for both teams, going 16-11 with an ERA of 2.46 and 220 strikeouts. On the market he is looking for a long-term deal in the range of 5-7 years and will command over $100 million. Oakland is unlikely to sign Lester because of his price tag, but whoever does sign him will be getting one of baseball’s top lefties who is pretty much a lock to pitch 200 or more innings. A return to Boston is not out of the question, but Lester may go to the Cubs to anchor the young staff on a very promising team.
Possible Destinations: Chicago Cubs,  Boston Red Sox

James Shields, Starting Pitcher: Shields was highly touted when the Royals acquired him a couple years ago, and he has lived up to the hype. He was the ace of the Royals pitching staff and was integral in leading the Royals back to the postseason with a 14-8 record and a 3.21 ERA. However, he disappeared in the World Series and was not good this past October. This will impact teams that look into him. Shield is a great number two starter behind an ace. He will command around $15-20 million per year, making it difficult for the Royals to keep him. Teams that have an established number one starter will most likely pursue him, with the exception of Boston.
Possible Destinations: Los Angeles Dodgers, Los Angeles Angels, New York Yankees

Russell Martin, Catcher: Martin has been one of baseball’s best catchers since he broke into the majors in 2006. He has spent the last two years with the Pittsburgh Pirates, and it is no coincidence that Pittsburgh ended their playoff drought in his first year. He not only provided a good bat, but molded the young pitching staff. Martin is on this list because he is the only significant catcher available, thus he will be the most coveted. After a strong year batting .290, Martin will be looking to secure what will likely be his last long-term contract at age 31.
Possible Destinations: Pittsburgh Pirates, Chicago Cubs, Los Angeles Dodgers, Toronto Blue Jays 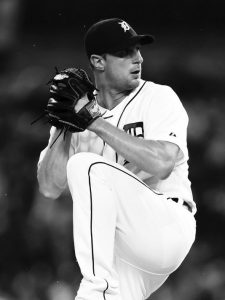