In 2013, the New York Knicks struggled through an up-and-down season that did not yield a playoff berth. With the franchise in need of a facelift, owner James Dolan hired former player Derek Fisher as head coach and made NBA legend Phil Jackson President of Basketball Operations. Jackson and Fisher are no strangers to each other, as they were a part of five championship teams while with the Los Angeles Lakers.

With the front office and coaching staff put together, the Knicks went out and made a number of moves to try to improve a roster that went 37-45 last season. The biggest of these moves was re-signing superstar forward Carmelo Anthony to a five-year/$124 million deal. Anthony is one of the best scorers in the league averaging an impressive 27.4 points per game in 2013, but is often criticized for his erratic shooting performances (45 percent field goal percentage in 2013) and his attitude. During the offseason it looked as though the Houston Rockets or Chicago Bulls were going to take the free-agent Anthony right out from under the Knicks but New York found a way to persuade Anthony to stay. With Carmelo still in the picture the Knicks needed to find players that would serve as an acceptable supporting cast. They began this process by trading defensive standout Tyson Chandler and troubled point guard Raymond Felton to the Dallas Mavericks in exchange for Jose Calderon, Shane Larkin and Samuel Dalembert. New York is going to benefit from Calderon as he is a much better pure point guard and playmaker than Felton, while Larkin adds depth to the position. While the backcourt has a plethora of options, the frontcourt is dangerously thin with the loss of Chandler. Dalembert brings a solid veteran presence, but he just doesn’t stand up to the former Defensive Player of the Year in Chandler. Going up against physical teams like the Bulls and Wizards will be a tall task unless the Knicks get consistent performances from their scorers, including Anthony, J.R. Smith and Tim Hardaway Jr.

Speaking of consistency, New York must be consistent on almost a nightly basis if they want to make the playoffs. The talent is there, but since the Knicks took the NBA by storm in 2012 with a record of 54-28 they have struggled to string wins together and gain any momentum late in the season. Even so far in this short season, the Knicks have shown signs of both greatness and mediocrity. In their season opener against the Bulls, New York was physically dominated to the tune of a 104-80 drubbing. However, in their following game against LeBron James and the Cleveland Cavaliers, the Knicks looked like a completely different team and ended up defeating Cleveland 95-90. As far as the playoffs go for this team, anything is possible in the lowly Eastern Conference where the Atlanta Hawks locked up the eighth seed with 38 wins in 2013.

If the Knicks can put all the pieces together and Carmelo becomes more of a balanced player, then it is easy to see them in the fifth through eighth seed. But, if the inconsistency continues it is going to be another long season in the Big Apple. 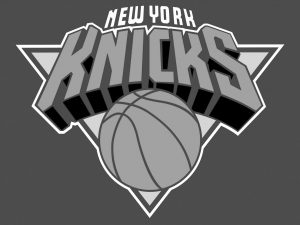