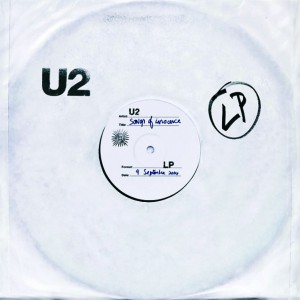 Apple CEO Tim Cooke called it, “the biggest album release of all time” when U2’s thirteenth studio album “Songs of Innocence,” was made available to over 500 million iTunes users in September.
The album opens and closes with its most interesting tracks. “The Miracle (Of Joey Ramone)” is the first song on the album, as well as the first single. “Every Breaking Wave,” the second song on the album, is packed with metaphors comparing love to the sea, and connects the feelings of hopelessness and hopefulness in a way that shouldn’t make sense, but does. Probably not surprisingly at all, the singular song that stood out seems to be a favorite of the bunch, “The Troubles,” the song that sounds least like U2. The closing track features Lykke Li and begins with her feminine vocals singing mysteriously and carries on with music that is vastly different from U2’s stadium rock past.
Despite the supposed good intentions of the release, many users were in an uproar when they discovered the album on their iPhones, and Apple was forced to create a widget that would allow users to remove the album from their music. Perhaps the strong reaction to the album was part of the business move; after all, “all press is good press”…right? Bono told BBC Radio 1 in February that U2 is “on the verge of irrelevance.” 34 years after their first album release, the band managed to find a way to still be discussed and made sure that everyone knows that U2 has a new album out, for better or worse.
“Songs of Innocence” is meant to be more personal than anything they’ve put out before. For the album, they channeled their Irish roots to sing about topics including “Cedarwood Road” the street Bono grew up on and “Iris (Hold Me Close),” which at first listen seems like a love song but is actually about Bono’s mother, who passed away when he was 14 years old. Unfortunately, both songs are largely forgettable, as well as many others in the bulk of the album.
Rolling Stone’s review by David Fricke applauded U2 for the intimate album, calling it “a triumph of dynamic, focused renaissance: 11 tracks of straightforward rapture about the life-saving joys of music.” However, it was deeply criticized by Kitty Empire of The Guardian. She wrote about the irony of their liberal, freedom infused music, because of their contract with the corporate giant Apple. Furthermore, she noted that the album sounds more like they’re looking to their past for material, as opposed to recreating the band for what they could be right now.
Apple controversy aside, the album fails to achieve what it is aiming for. “Songs of Innocence” is suitable for long time fans that want to take a trip down memory lane with their favorite band, but does little to remain relevant, or to attract a younger audience.