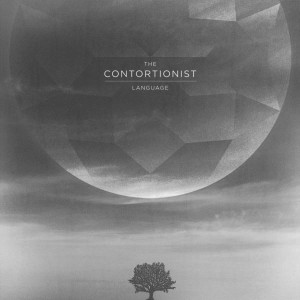 Since 2007, The Contortionist have made a name for themselves in the progressive metal scene by combining the heavy elements of death metal with the melodic and ambient nuances of progressive music. With their new album, “Language,” the Indianapolis sextet have not only reinvented their sound, but improved it as well.
What stands out almost immediately about “Language” is the new mood The Contortionist have incorporated into their work. What used to be a heavy, riff-driven sound found on previous albums such as “Intrinsic” has been replaced by a lush landscape of atmospheric storytelling.
The decision to replace former vocalist Jonathan Carpenter with Michael Lessard has heavily contributed to the band’s new direction. Lessard uses his hauntingly beautiful voice and impressive vocal range to make each track its own narrative, while still sticking to the overall concept and tone of the album. Along with his impressive clean singing, Lessard also brings growled and screamed vocals into the mix, giving “Language” some grit and a “Beauty and the Beast” element when contrasted with the clean vocal work. Guitarists Robby Baca and Cameron Maynard implement a variety of techniques and tones ranging from heavier groove oriented riffs on tracks like “Language II: Conspire” and “Thrive,” to soaring melodic licks in “Language I: Intuition” and “The Parable.”
While Lessard, Baca and Maynard are each important contributers to the tracks of “Language,” the band’s rhythm section is what pushes the album to into elite territory. Bassist Jordan Eberhardt not only keeps the band in sync, but also manages to shine by adding refined and precise bass grooves during the softer sections of the album. Eberhardt’s bass work also greatly benefits from the album’s masterful mixing, which never allows any band member to fall into the background. Keyboardist Eric Guenther does a great job of complimenting the rest of the band with his eerie, ethereal melodies and robust harmonies.
But the real star of the rhythm section is drummer Joey Baca. Baca’s frantic rhythms, combined with his surgically precise fills, push the pace of each song, and he sets himself apart by using the drum kit as a lead instrument, which is rare nowadays, especially in metal music.
The combination of all these proficient individual performances creates a whole that is truly greater than the sum of its parts. What makes “Language” such an efficient album is the fact that throughout its nine tracks, The Contortionist have not only managed to craft a fun and accessible album, but an astonishing showcase of technical musicianship as well.