Although both halves of the electro-pop duo, Sylvan Esso, have plenty of experience touring, vocalist Amelia Meath – also of the female folk trio, Mountain Man – credits karaoke nights at a Durham, North Carolina gay bar for preparing her for the sudden endurance she’s needed on tour this past summer. Sylvan Esso, formed in 2013 and also including Made of Oaks producer and folk-rock’s Megafaun bassist Nick Sanborn, requires more physicality on stage than touring with the quiet Mountain Man, who has supported indie chanteuse Feist, ever did.
On her karaoke nights, Meath almost always chooses Fleetwood Mac. But, depending on how ambitious she’s feeling, she has also tried her moves on Rihanna’s “Only Girl (In the World).”
This occasional dabble in contemporary pop blended with the epitome of a late 70s FM radio staple is an adequate metaphor to describe the music that Meath and Sanborn create as Sylvan Esso: Laptop electro-pop with warm vocals as sweet as they are sultry. But to write them off as yet another budding bedroom-pop duo would be to miss their appeal: They’re fresh, exciting and, most challenging in their genre, memorable.
The duo’s self-titled debut, released in May, uses its sleek set of ten tracks to firmly establish this unique identity. While it rarely rises in tempo enough to be considered a traditional dance record, “Sylvan Esso” feels like it’s constantly moving forward, as if Meath and Sanborn are discovering a familiar but new terrain of electronica along with the listener.
What’s immediately striking is the album’s sonic cleanliness: Sanborn’s production never sounds cluttered or obtrusive. Often 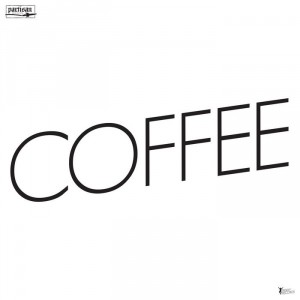 employing a consistent groove for each song, he experiments with different sounds in each verse, as if turning knobs in a studio to see what each does. But the album’s looseness creates an exciting tone that sounds more spontaneous than sporadic.
The production also highlights Meath’s girl-next-door soprano; she’s more Christine McVie than Stevie Nicks. With such a minimal electronic support, her vocals are never robbed of their natural qualities. She gently howls in the understated “Wolf,” glides over layered vocals in the excellent “Could I Be” and calms in the quiet album closer “Come Down,” a moment where her tenure in Mountain Man is clearly expressed.
The partnership came about when Meath asked Sanborn to remix the Mountain Man tune, “Play It Right.” The result, included as the penultimate track on the album, sets the trio’s folky vocals over a slow hip-hop beat and spacey synths.
It’s the mid-album “H.S.K.T.” – or, “Head Shoulders Knees Toes” – that proves the duo also has a firm understanding of an effective pop hit. The beat bounces along amid washes of synth, begging to become the next “Cha Cha Slide,” minus the uniform directions.
Meath sings “Wherever I end up/I sleep like a stone/I’ve got a phone that beeps/Makes me know I’m not alone,” dissecting a typical party atmosphere where devices are all but left at home. Yet, despite the cynical stance the lyrics suggest, she speaks as an insider, as the life of the party.
Opening track “Hey Mami” is another standout, showcasing Sanborn’s ability to build a hit, layer by layer. Starting with handclaps and Meath’s layered vocals, the song introduces a deep synth rhythm halfway through that sets the pulse for much of the album to live by.
Current hit “Coffee,” about using dance to discuss relationships, is both an atmospheric ballad and an irresistible dance number. Also featuring Sanborn on backup vocals, it’s another essential Sylvan Esso track.
With such a stylized tone throughout, “Sylvan Esso” easily works as a cohesive whole. Although each song offers its own unique hook, some tend to blend together if they’re not readily focused on; the album’s consistency is also where it occasionally falters. But this is merely a minor knock on an otherwise wonderful debut.
Standing among the year’s best “new” acts, Sylvan Esso is set to become a widely celebrated duo – they’re currently on tour with the talented tUnE-yArDs. The intriguing combination of Meath’s experience as a folk songstress and Sanborn’s skill at production creates a winning debut that proves the duo is more than a side project, it’s a fully-formed leader of the pack.