With summer coming to a close, bank balances are being vigilantly checked to see if that summer job waiting tables earned enough to foot the bill for this semester’s Red Jug tab. For those of you that worked at an unpaid internship, that balance is probably significantly lower than last year’s. With job markets in all fields becoming more and more competitive, the unpaid internship is becoming a necessary evil in order to make oneself more ‘marketable.’ Besides causing an epidemic of brokenness among students, unpaid labor has a myriad of ethical issues. However, it’s no new topic.

The apprenticeship has been around for centuries and was a means for unskilled workers to learn a trade from an expert in the field. While internships now don’t last years like apprenticeships did in the past, the idea remains the same. However, now there are countless accounts of this labor being exploited.

One example of this came a few years back when two interns working on the set of the film “Black Swan” sued Fox Searchlight. They claimed they didn’t receive the training they expected and that their packed schedules working on the $300 million film violated minimum wage and overtime laws. The judge ruled that under the Fair Labor Standards Act, interns Alex Footman and Eric Glatt were considered employees and were reimbursed for their work on set.

The criterion used to determine if an unpaid internship are in fact lawful is a six-point system by the U.S. Department of Labor. It roughly says:
1) Training must be similar to that in the classroom.
2) Experience must be beneficial to the intern.
3) The intern can’t displace regular employees but should work alongside them.
4) The employer can get no direct advantage from the intern; interns may even be a disadvantage.
5) Interns are not entitled to a job at the end of the internship.
6) It is understood that the intern will not be compensated.

As more people sue their internship coordinators over labor disputes, laws are becoming more stringent. Prior to this year, in New York State you could not sue over discrimination in an internship. It wasn’t until last October when State Senator Liz Krueger introduced a bill giving unpaid interns the same rights as employees. Governor Cuomo recently signed the bill and now New York State is joined with Oregon, Washington D.C., and New York City in allowing interns to sue over discrimination and harassment. However, only these places allow it. Because their labor is voluntary, it is believed that interns should be prohibited from suing the company that they work for. But in a job market that basically requires internship experience, it doesn’t seem very voluntary.

Another issue with internships is their unattainability for those who can’t afford to work for free. Unpaid internships are essentially a luxury for those who have the means to support themselves without a wage. Even if the internship is partially paid, the price to receive three credits for an internship is nearly $800. While this is how much it would cost to take a class, it’s an extra expense that not all can afford and those who can have an unequal advantage. This leaves certain industries with a complete lack of diversity due to income disparity.

While the legalities behind unpaid internships are being more closely monitored, whether or not they are entirely ethical seems to be subjective. 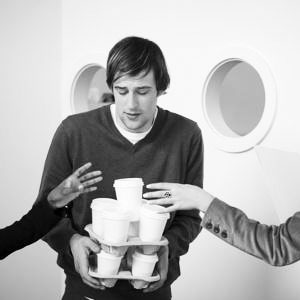