A true student-athlete in Division I collegiate sports is almost non-existent. This has sparked debate on many levels, often broken down to the left or right-wing viewpoint of whether or not collegiate athletes deserve a salary. What was once an unfathomable thought has become a considered alternative for many people. This change of heart is a reflection of how big the NCAA market has become.
Walter Byers was the first executive director of the NCAA, and under his tenure from 1951 to 1988 the concept of the student-athlete was coined, in which a collegiate student signs a contract to play at a university in exchange for a free education. However in his book, “Unsportsmanlike Conduct: Exploiting College Athletes,” Byers writes that the NCAA is “a nationwide money-laundering scheme.Collegiate amateurism is not a moral issue; it is an economic camouflage for monopoly practice. An air-tight racket of supplying cheap athletic labor.” Byers’ book came out in 1995, and since he began as executive director, the NCAA has transformed into a vast market, partnering with broadcasting corporations for billions of dollars.
The truth is that a large amount of Division I schools in this country do not provide student athletes with a true education at all. Whistleblower Mary Willingham at the University of North Carolina provided a window to the lackof a student-athletes’ responsibilities in the classroom in which they were taking pre-designed classes for athletes with little work involved. These issues aside, if a student -athlete is putting in their fullest efforts to become a professional athlete following their collegiate career, that amount of commitment more than likely conflicts with their ability to get a full education at a respectable university.

Documentaries such as “Schooled: The Price of College Sports” are educating sports fans with the truth behind these issues. In the documentary, former collegiate athletes reveal what life as a student-athlete is like and the atmosphere of the NCAA is criticized from top to bottom. All board members of the NCAA refused to be a part of the documentary.
Approximately 98.5 percent of student athletes will not turn professional. So a majority of collegiate athletes will walk out of their universities with a degree that they may not have  actually learned. Scandals surrounding the NCAA have become a natural occurrence in which players that are in their late teens get vilified by adults through the media if they so as much make a penny. It’s twisted and, as far as the law is concerned, outright reprehensible.

While the simple solution to all these evils surrounding the NCAA may be to pay the players, there are still a lot of politics surrounding the details of those payments. Justice may be served from the employment perspective, but what about the education of the students? Serious changes may be imminent following the latest news about Northwestern University. Former quarterback Kain Colter and many teammates recently formed a union for college football players that was approved by the National Labor Relations Board. Northwestern football players are currently meeting with members of Congress to explain their desire for more rights as student athletes and as labor union members. The University of Maryland plans to follow in their footsteps and unionize.

Equivocal justice within the confines of the NCAA and the law is almost impossible without serious changes to a tradition that has existed for over a century. However, until those changes are made, get used to seeing plenty of “scandals” towards players that look to benefit from their own work. Division I athletes would be smart to unionize and demand rights like the millions of Americans before them that have done so and have been praised for it. 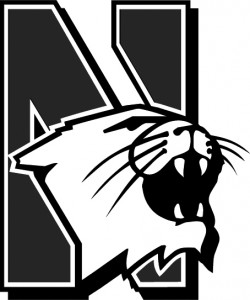