The National Hockey League’s regular season has come and gone and the playoffs are in full swing. It is now time to give out some awards to the best players and coaches in the league.

Hart Memorial Trophy (League MVP) – Sidney Crosby, Pittsburgh Penguins: There is no denying that when he is healthy, Crosby is the best player in the league. Whenever he is on the ice, there is an opportunity for the Penguins to score. Crosby had 104 points (36 Goals, 68 assists) in 80 games, while Ryan Getzlaf, who finished second in scoring only had 87 points ( 31 goals, 56 assists). Crosby’s great vision has led to success for any player put on a line to play with him. It is no coincidence that Chris Kunitz had his best year while playing on Crosby’s wing.

Vezina Trophy (Top Goaltender) – Tuukka Rask, Boston Bruins: Since becoming the starting goalie for the Bruins in 2011, Rask has been one of the league’s most consistent goaltenders. This season, he ranks in the top five in goals against average (2.04), save percentage (.930), wins (36) and shutouts (7). Rask is only 27 years old, so the Bruins are not going to have to worry about the goalie department for the near future. The only other goalie worth considering is Colorado Avalanche netminder Semyon Varlamov, who led the NHL in wins (41).

Calder Memorial Trophy (Rookie of the Year) – Nathan MacKinnon, Colorado Avalanche: After being drafted first overall by the Avalanche in 2013, MacKinnon has made a seamless transition to the NHL. He is tied for the lead goals for a rookie (24), leads in assists for a rookie (39) and in points for first year players (63). He also has a +/- of 20 with six game winning goals. It is hard to believe that he is only 18 years old, having his entire career ahead of him to get even better.

James Norris Memorial Trophy (Top All-Around Defenseman) – Duncan Keith, Chicago Blackhawks: There are many defensemen who are in the conversation for this award. Zdeno Chara (Bruins), Ryan Suter (Wild) and Erik Karlsson (Senators), just to name a few. But Keith has been the best two-way defenseman in hockey. He is ranked first in all defenseman in assists (55), second in points (61) and has a +/- of 22. The defensive pairing of Keith and Brent Seabrook are  one of the most feared in hockey, always being paired up against the first line of the opposing team.

Jack Adams Award (Coach of the Year) – Patrick Roy, Colorado Avalanche: It is impressive how far the Avalanche have come under the tutelage of Roy. In his first year as head coach, Roy has led the Avalanche to the playoffs after they finished last in the division the previous season. While Red Wings Head Coach Mike Babcock has done an impressive job leading them to the playoffs after Pavel Datsuk and Henrik Zetterberg missed significant time, what Roy has accomplished as a rookie coach is almost unheard of.

It has been an exciting regular season, but now the real fun has begun. The intensity of playoff hockey is entertaining to watch and after a team wins their 16th game, one team will hoist Lord Stanley’s Cup. 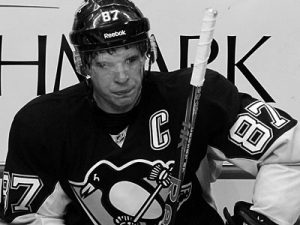