Following a 43-40 loss in the Section 1 Class AA High School boy’s basketball Semifinals on February 27, emotions in Mahopac, NY ran high. Players resorted to Twitter to express their racially insensitive complaints. The inappropriate nature of these tweets drove Coach Kevin Downes to hand in his letter of resignation.
“I did a lot of soul-searching the last two weeks and just felt like the best thing for me to do was to move on. I was kind of heartbroken over all the stuff that happened — not just the comments that were made but the 200-plus times those comments were liked, favorited and retweeted. It was tough, and it’s been tough on my kids,” Downes stated.

Downes is a black man that coached at a high school in Mahopac, a school that is predominately white. According to USA Today, the Mount Vernon team that defeated Mahopac consists of 95 percent minorities, and its basketball is mostly composed of black students. Following the bitterness of defeat in the playoffs after a regular season that consisted of just three losses, Mahopac students referred to Mt. Vernon’s players as monkeys and tweeted about the absence of their fathers. Despite the fact that Downes is a Mahopac High School alumni, his disgust with how his team acted made him feel the need to quit.

In the heat of an intense sporting event, particularly at the high school level, athletes are looking for any reason to dislike the opposing team. Unfortunately, the competitive nature can lead to racist comments and opinions. This was not the first incident in which racial tension between two high school teams occurred. In a football game between Comsewogue and Amityville on Long Island this past season, a brawl broke out between both teams after a late hit occurred on the Comsewogue Warriors sideline. Amityville is a mostly black team, whereas Comsewogue is mostly white. Heated words were exchanged, and the brawl was intense enough for officials to end the game early. Months later, several players on Amityville have filed a lawsuit against Comsewogue High School claiming they were racially assaulted and that racial slurs were used against them.

These despicable events are enough to make anyone outraged, but the fact that they are occurring in today’s world forces reflection. High school students are old enough to understand that racism is wrong and yet that is exactly why they are choosing to act this way. How could things like this occur in this day and age in a state like New York?

These past events are an alarming reminder of the power of competitive a sport. The draw of team sports is the open camaraderie that exists within a team. A bond with such strength that even partaking in a high school sport can provide a life changing perspective. But that strength can have a significant downside as well. Opposing teams are victimized and an exaggerated hatred occurs that at the time seems completely justified. But after just a couple years of reflection, former high school athletes may grasp the bigger perspective within sports and realize that opposing teams aren’t villains at all.

Head coaches need to recognize their players’ immaturity at a young age and not only coach them, but teach them that sportsmanship doesn’t exist only between teammates, but also with their competitors. Coach Downes was obviously upset with his team’s inappropriate actions but his resignation was due to disappointment with himself for his players behavior. Downes stood up for what he believed was right. Hopefully his decision will resonate with his players and they will one day realize that what they did was uncalled for. 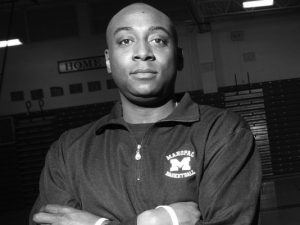