On March 17 the fashion world was shocked by the news that 49-year-old fashion designer L’Wren Scott was found dead in her downtown Manhattan apartment. It has since been confirmed a suicide. It was later discovered that her business was in
financial trouble. This was known by very few people, although it is unclear just how poorly her business was doing.
The model, stylist, and fashion designer seemed to have a great life on the outside, with what appeared to be a successful fashion company, as well as being longtime partner of The Rolling Stones front man, Mick Jagger. They began dating in the early 2000s when they met on the set of a photo shoot. It had been reported that they were going to purchase a multimillion dollar apartment in Manhattan together, so it seems that he was unaware of her money troubles which are rumored to have been over $6 million in debt.
An unidentified business spokesman for Scott said that the part of her business based in Britain was in debt, but her American-based fashion line was doing well. Her eight-year-old company had been successful, but certain events over the past year led others to think differently. She abruptly cancelled her Fall 2014 show in February due to production issues and her debt was increasing each year since 2009. Scott had planned on announcing that she would be shutting down her business in the coming weeks.
She was a truly creative designer worthy of significant praise. Her clothing has been worn by stars such as Nicole Kidman, Amy Adams and even First Lady Michelle Obama. Many friends, such as Sarah Jessica Parker and Bette Midler have spoken out via Twitter about the shocking loss. The Rolling Stones have also made a statement regarding the tragic loss and have cancelled the coming shows on their world tour in Australia and New Zealand for the next month.
L’Wren Scott’s all-too- short career was full of glamorous designs and dramatic red carpet styles that made women feel truly beautiful. It was unfortunate that her career was often overshadowed by being referred to as Mick Jagger’s girlfriend but she will be remembered and dearly missed by those whose lives she has touched through her designs and friendships. 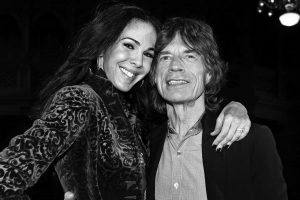