The purpose of media activism is to embrace the use of media for productive changes and purposes within society. Through the use of media and communication technologies, societal or political movements are more reachable. Activist media does not tend to be shared in a public spotlight because it often critiques mainstream media and the business corporations that run it. These politics surrounding what is or isn’t shared to the public is the controversy surrounding media activism.

These flaws are no different for any realm of American media, and that includes sports. The coverage of American sports are driven for entertainment purposes, and obviously aren’t usually taken as seriously as politics or news despite the massive audience that it reaches. But sports often get sold short of their potential fulfillment. Sports are political in ways that fans don’t always recognize. Media activist and political sports writer Dave Zirin has made a career off these concepts and how they blend together. Zirin has said, “Sports are political in ways we don’t understand…sports are the highest possible cultural platform.” Zirin supports his opinions on politics in sports by saying, “You can’t tell the history of the Civil Rights movement without talking about Jackie Robinson. You can’t tell the history of the 1960’s without talking about Muhammad Ali. You can’t talk about the history of the women’s movement without talking about Billie Jean-King.” These well-known sports icons are often glorified for their athletic heroics, but are more honorable for their impacts on politics and culture.

Being a sports fan is something that is powerful and can be more than just a hobby. It’s a statement of who you are, what you believe in and what culture you choose to associate yourself with. For example, New York Knicks fans are organizing a rally outside Madison Square Garden on Wednesday, March 19, to protest the poor corporate business decisions that they’ve been forced to endure by Madison Square Garden Chairman James Dolan. Islanders fans planned a very similar protest in which all the fans left prior to the third period to symbolize their disgust with the team management.

On a more significant scale, group efforts have been pushing to make a change to the team name of the Washington Redskins due to its racism towards Native Americans. In fact, racism is all too common in sports altogether. The crowd at Atlanta Braves games make a mockery of Native Americans by dancing in unison, and the logo of the Cleveland Indians “Chief Wahoo” looks like a childish cartoon. A name like the Redskins is highly insensitive, generalizing a race of people with many different tribes and regional locations as just a Redskin. Considering the genocide of Native Americans, this topic is obviously of real relevance and is a serious racial issue. Media activists, such as Zirin refer to the team as the R*dskins in their writings in order to illustrate this point. Many activist groups have encouraged a different name, and websites like changethemascot.org are doing what they can to bring justice to an inappropriate name.

Long story short: sports can bring people together for entertainment, so why not use that commitment for a positive output within society? It is impossible to ignore the strength of the politics behind sports. If you’re a fan that cares about the future of politics in sports, you can use your passion to sway things in a positive direction. 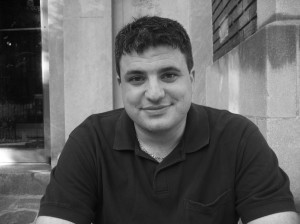