The Lakota Nation, located in parts of North and South Dakota, has unveiled a new brand of digital currency, one that they hope will give the tribe an opportunity for economic growth and maybe even independence.
MazaCoin (named for the Lakota word for money “Mazaska”) is modeled after the well-known online currency, Bitcoin, and can be earned in the same ways. Similar to Bitcoin, MazaCoin can be purchased online by credit card or can be “mined” by users. Users “mine” MazaCoin by processing and validating transactions on the website’s network and earn MazaCoin as a reward for their efforts.
Developer Payu Harris, a 38-year-old father who once ran a store on the reservation, launched the website officially in February. Since its launch, MazaCoin has been placed in the 90th percentile of “alt-coins” (it is currently ranked 20th out of 200).
Harris was inspired by Bitcoin as soon as he came across it, believing that digital currency was what the Lakota Nation needed to thrive economically and prove to the outside world that the tribe is serious about sovereignty. Harris, who claims he has studied tribal sovereignty for over 20 years, says that the tribe could only be recognized as a truly independent state if it had its own currency.
In addition to securing the Lakota Nation as an independent state, Harris thinks that MazaCoin will introduce the tribe into the global market and lift many families out of poverty. At his store on the reservation, Harris saw firsthand the poverty of Native Americans, who would often barter rather than pay with American dollars because they had no money to spare. The idea is that this new currency could be first used to purchase goods and services, stimulate business and expand social programs, and then ultimately be recognized widely enough  to pay state and federal taxes. Harris hopes that switching over to MazaCoin will happen on the reservation within this year and internationally over the next ten.
This crypto-currency has met backlash from skeptics who see the plan as either a hoax or a risk too great to take. David Pourier, an active member of the Lakota’s governing council, said that he had not even heard of the MazaCoin until an article was published about it on a local website. Pourier assures that the council has not endorsed the digital coin as a unifying currency, and added that “It kind of looks like a scheme to me.”
John Carter McKnight, a research associate of sociology at Lancaster University in England says that the current economy should be reason enough to avoid crypto-currency, as tribal communities cannot risk to experiment with unstable currency. The Lakota’s Pine Ridge reservation in South Dakota is the second poorest county in the country, where the average yearly salary is less than $8,000. To McKnight, the risk of losing money is a bad idea for an already fragile community.
But still to Payu Harris, the possibility of economic liberation is worth the risk. “We’ve gone through 100 years of imposed poverty. That’s the fight we’re having,” says Harris. “What we’re trying to do with MazaCoin is just spark something to get us out of this cycle of victimhood.” 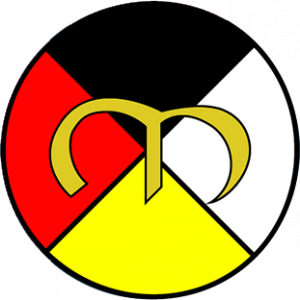