311 is one of the few bands that has stayed relevant since the grunge days of the 90s by establishing a signature sound and using it consistently. The eleventh, and first independently-produced album by the Omaha reggae rockers titled “Stereolithic,” certainly doesn’t break any new ground, which begs the question, if it doesn’t offer that much innovation, is it worth a listen? The answer is yes, but there are definite flaws with “Stereolithic” that some listeners may not be able to get past. 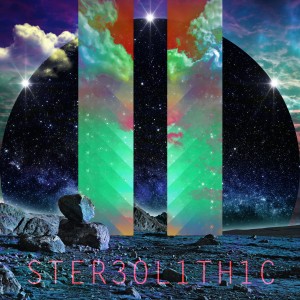 One of the album’s more noticeable blemishes is the sometimes-painful monotony of the songwriting. The songs undoubtedly rock, touting big riffs that push the pace of the songs with heavy rhythms and exciting melodies, but the structure can get repetitive very quickly and keep the album from being less memorable than it could be. The other problem I had with this album is quite ironic since, while it can be monotonous at times, some of the songs can be too jumpy and sporadic, especially during transitions between sections. Unexpectedly jumping to a reggae-inspired verse after a heavy, rocking intro certainly isn’t a bad idea, but sometimes it is just too abrupt and disrupts the flow of the song.

Despite these flaws, the energy displayed by each member of 311 is extremely enjoyable. Lead vocalist Nick Hexum brings his consistent brand of deep trance-inducing singing to the table, which adds an enjoyable texture to the funkier elements of the band’s sound, while backup vocalist Doug Martinez provides rapped vocals and harmonizes with Sexton during choruses. As mentioned earlier, the guitar work on “Stereolithic” is what brings the songs to life by providing strong leads and rhythms that really kick start a groove. Bassist Aaron Wills and drummer Chad Sexton sound consistently locked in and give the entire album a strong backbone to lean on, neither player shies away from taking some of the spotlight for a solo or big fill.

311’s reggae rock style has stood the test of time and it shows on “Stereolithic.” Although the organization and structure of the songs leave something to be desired, the band makes up for it by doing what they’ve done since 1988 and doing it well. If you can get past some of the songs sounding similar, “Stereolithic” is worth a listen, especially if you are already a fan of 311 and are comfortable with their sound.