A few months ago, word spread around campus about a couple that got engaged in Mills Dining Hall. It started with a tweet that was written congratulating the two on their recent engagement, which over a hundred Twitter followers saw on their newsfeeds. Soon enough the tweet was favorited, retweeted and commented on so much that the SUNY Oneonta Twitter account saw the news and contacted the couple, asking if they would be willing to be interviewed and have a blog written about the proposal. Well, I was the one that was apparently proposed to over a burrito and when my boyfriend and I heard the news our reaction was: “Wow! Guess we’re engaged!”
Although this was a harmless and mainly humorous rumor, this is a perfect example of how quickly something can spread over social media. Within a few hours almost everyone who attends SUNY Oneonta and has a Twitter account heard the news about the “engagement” simply by the amount of times the original tweet was retweeted and mentioned. This is why posting rumors on the Internet has the potential to hurt people so greatly. Once something is posted it’s fair game for everyone and anyone to see. Fellow peers and professors I don’t even know came up to me and congratulated me on the “engagement.” Even if you have something deleted from the Internet there are still people who saw it and it’s possible that it is still out on the Web somewhere.
This goes to show that you should in fact be cautious about what you post on the Internet and take your privacy seriously. Just because you’re not friends with someone on Facebook or don’t follow them on Twitter doesn’t mean they don’t have access to viewing what you say or do on your account. The truth is, when companies are considering future employees, one of the first things they do is visit their social media profiles. What if they find the photo of you passed out from the weekend before that was posted on SUNY Party Stories? That certainly doesn’t give off a good first impression for yourself or for SUNY Oneonta as a school.
A study published in the Journal of Applied Social Psychology looked at just how important people’s social media sites are to employers when considering prospective employees. One of the study’s authors, Dan Kluemper of Northern Illinois University, stated “We asked them to form impressions of a candidate based solely on their Facebook page.”
The results: out of over 500 people the employers looked at, they only responded to 56. The solution is simply to draw the line between your private life and what you post onto the Internet for over thousands of people to see. So with, spring break, coming up you might want to think twice before you post that photo of you doing a keg stand on a beach in Jamaica or tweeting about how “super schwasty” you are. 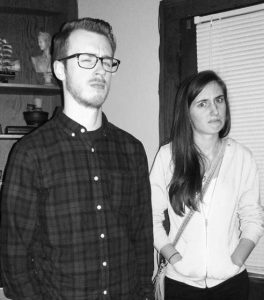