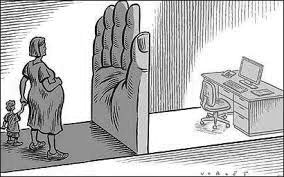 Pregnant women require minor alterations in order to perform optimally and safely at work. These alterations include more frequent bathroom breaks, carrying a water bottle, sitting down more and having some time off after the pregnancy to recover. Unfortunately, pregnant women continue to find themselves jobless since employers are often reluctant to accommodate to their needs.
Certain tasks unsuitable for pregnant women, such as heavy lifting or using toxic cleaning supplies, could potentially pose a threat to the health of an expecting mother and her child. In fact, some women have reported suffering miscarriages after they were required to partake in tasks that involved heavy lifting.

The Pregnant Workers Fairness Act, a bill passed last September in New York City, could offer pregnant workers a chance to level the playing field, with a focus on protecting their rights, their health and the health of their fetuses. This law now requires employers to reasonably accommodate the needs of pregnant workers. Failure to do so could result in heavy fines and even possible jail time. The law is looking to keep both mothers and children safe, unlike previous laws, which did not have children in mind.