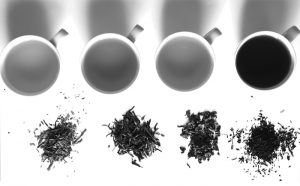 January was National Hot Tea Month, and rightfully so, considering the delicious drink is the perfect delicacy during the bitter cold long days of winter. Tea is one of the world’s most cherished and consumed products. People love tea for various reasons, including its taste, inexpensiveness and caffeine pick-me up. Unlike the fattening cappuccinos or sugar filled coffees that some people opt for their morning drinks, tea has zero calories as well as numerous health benefits.
It’s not just tea drinkers like myself who are creating all the hype about tea. Scientists have taken an interest in tea’s helpful properties and have conducted extensive research on tea’s benefits. Black and green tea have specifically shown to possess anti-cavity and antiviral properties. Researchers have claimed that tea contains catechins and polyphenols (antioxidants) which can help prevent gum disease, tooth decay and bad breath. Another added benefit of tea is its immune boosting properties. January is the ideal month to strengthen your immune system and get added antiviral benefits, considering viruses such as the flu are common during this month. Tea has also been found to be helpful for people trying to lose weight. Studies have shown that drinking three cups of tea a day (specifically green tea) has been shown to boost metabolism. Some researchers claim that tea can even boost the drinker’s endurance. The antioxidants found in tea are said to improve muscle endurance by increasing the body’s ability to burn fat as fuel. Tea has also been connected with bone health. Studies have concluded that routine tea drinkers have fewer bone issues due to tea’s anti-inflammatory and antioxidant properties. A decrease in fractures and bone loss as well as an increase in bone building cells are several health benefits associated with regular tea drinkers.
Studies have also linked tea with preventing cancer. The antioxidants that are found in tea have the power to prevent cell mutation. Tea’s potent antioxidants have the ability to lessen the development and growth of tumors as well as disable carcinogens. And while tea does contain caffeine, it is still hydrating to the body. It is one of the few caffeinated drinks that hydrate you as well as wake you up. Who would have ever thought that tea has similar benefits as using sun screen? Many of us are aware of the harmful health effects that ultra-violent rays have on our bodies, but  are unaware that drinking tea can help protect us. Scientists have found that tea has valuable chemicals that act as a second sun screen for our bodies. While you may like your tea hot, at least you won’t be feeling the burn from the sun.
While all of these benefits might persuade you to start chugging tea, before you do so make sure it’s the real stuff. Real tea comprises only four varieties: black, green, white and oolong. Tea is made from the Camellia Sinensis plant. Tea that is labeled as herbal, or isn’t one of the four varieties listed above, is probably made from a different plant and most likely won’t give you all those desired health benefits. January is the month of resolution and change, so what a perfect resolution  to continue to work on; improve your overall health throughout the year with some dedicated drinking of tea!