Clap your hands and let the confetti fall from the sky. The news heard all around the nation was Frederic Horowitz’ ruling that Alex Rodriguez would be suspended for the entire  2014 Major League Baseball  season, including the playoffs.
Many baseball fans and players are ecstatic about the ruling. People are saying that although the suspension was reduced from 212 to 162 games, Major League Baseball secured a long awaited victory in the form of nailing public enemy number one, Alex Rodriguez.
While most people are celebrating the end result, that Bud Selig and his office “got a criminal off the streets,” one can make the argument that this investigation put the weaknesses of baseball’s drug testing policy on display.
In an interview on “60 Minutes”, Tony Bosch, who was caught dealing steroids to players, said that it was “cake-walk” when asked about how good of a job he did supplying clients with drugs. Rodriguez and all the other players who were suspended last year hadn’t failed any drug tests (with the exception of Ryan Braun who failed, but got off on a technicality.) This means  that players are finding ways to beat the system. Bosch ran this clinic in Miami and would still be running it today, had he not been caught, as he admitted in the interview. So the question now becomes: How many other Bosch’s are out there that haven’t been caught?

The MLB can jump for joy and sing praises until they’re blue in the face about the A-Rod suspension but that won’t change the problems that still exist. Steroids plague baseball and will do so for a long time. Baseball is simply fighting a battle that it can’t win.
If  teams and executives are looking to generate revenue and make the game fun to watch, one can only assume that home runs are essential. The fact of the matter is: more steroids equal more home runs. Ratings will continue to soar if the long ball reigns. Since steroids aren’t permitted, this equation isn’t possible.

Now we’ve come to a phase where there is a lot of controversy surrounding the Hall of Fame. If your name is linked to any kind of banned substance, you won’t get in. How many people are in the Hall of Fame used performance enhancing drugs and just happened to have gotten away with it? Will we ever know everyone who used steroids?

On that note, it begs another question: has the Hall of Fame become a joke? This is what many people are asking because it looks like some MLB players like A-Rod will take steroids just so they can get into Cooperstown. And if you’ve been lucky enough to get in after “being on the juice” then you’ve effectively beat the system and tarnished what it means to actually be a part of that elite group. Then you have others who won’t care at all. They’ll take steroids to get themselves big contracts because getting caught only means you won’t get into the Hall of Fame.

So with that said, baseball might have won the case against Rodriguez, but they suffered a major loss in the process. The holes in drug testing have been exploited and it will stay this way. This affects ratings, contracts, the Hall of Fame, and the game itself. If Bosch can be this good, maybe there are more people out there helping players cheat the system. What does the youth take away from this? It’s easy to beat the system; you just have to know the right people. So now make a choice between a big contract as a result of performance enhancing drugs and staying clean with the potential of being inducted into the Hall of Fame someday as a result of your statistics. Or you can take PED’s and just never get caught. The options are endless. 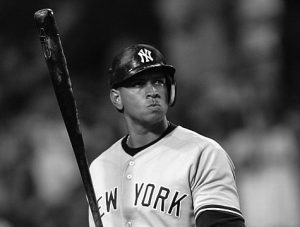