With a 1-3 record at the start of the season, and losing to the Seattle Seahawks and Buffalo Bills their first two games, people couldn’t have predicted how well the Carolina Panthers would end up being. Going into Week 15, the Panthers are 9-4 and won eight of their last nine games.

What’s the reason for the Panthers’ success? Their defense. Having the 2012 Defensive Rookie of the Year, linebacker Luke Kuechly, defensive ends Charles Johnson and Greg Hardy and an influx of young players is what makes the defense great. The most points the Carolina defense has given up this season is 24. When Head Coach, Ron Rivera, joined the team in 2011 he made it his plan to turn the players into a defensive-minded team. Their ability to cause turnovers is one of the main reasons they are exceeding expectations.

Of course credit needs to be given to Cam Newton for the Panthers success as well. In 12 games, Newton has thrown 226 completed passes out of 366 attempts, with only 11 interceptions. The Panthers are second overall in rushing yards and sixth in passing.

Carolina played the New Orleans Saints this past Sunday, with the Saints defeating the Panthers 31-13. Although the Saints are coming off a brutal 34-7 loss against Seattle, Drew Brees and New Orleans are a completely different team when they are on their home field.

They will meet again in two weeks, which will be important when it comes to naming a division champion, considering the Saints only hold a one game lead over the Panthers. Regardless of who wins the division, both teams are expected to make the playoffs. 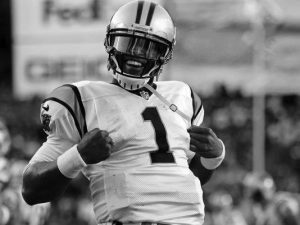