The sky is falling in Gotham. After such high expectations to begin the NBA season, both the  New York Knicks and the Brooklyn Nets are below .500. Mediocre starts have placed their many flaws on full display; thus begging the question: is it time to hit the panic button?

Nets: Eccentric owner Mikhail Prokorhov went all in this offseason when he acquired Paul Pierce, Kevin Garnett, Jason Terry and Andrei Kirelinko. By trading away young assets and future draft picks for players past their prime, their window for opportunity became no more than two years. Many people felt that these new pieces would transform the Brooklyn Nets into title contenders. However, the Nets looked just the opposite. The team has been slow and sluggish on defense, something no one thought they would be  saying about a team with defensive general Kevin Garnett on the floor. Their offense has looked awkward with far too many scorers on the floor at any particular time. With blowout losses to the Kings and Magic (both perennial lottery teams), the Nets are feeling the pressure.

A slow start on offense comes as no surprise, it’s going to take some time for all of their superstars to mesh, just ask the 2010-2011 Miami Heat. There is no excuse, however, for such poor defense. Simple rotations have been missed and teams are easily beating them down the floor. There is an evident lack of hustle. In due time, the Nets will turn it around because the talent is there. There is no reason why a starting lineup with an all-star at every position should not be successful.

Knicks: Even with a healthy Tyson Chandler, the Knicks are a below average defensive team. With their anchor in the paint sidelined due to injury, their interior defense has made a teddy bear look tough. They are getting manhandled on the boards and simply out hustled for loose balls. Physicality appears to be a huge issue, and after failing to sign a quality backup for Chandler, the team is in serious trouble. Superstar Carmelo Anthony has been inefficient and their ever-patient owner James Dolan is putting immense, unnecessary pressure on his team. Only in New York would Head Coach Mike Woodson win 54 games and be on the hot seat after ten games the next season. To add to the fun, Dolan is already pressing to trade their sole young asset, Iman Shumpert.

The season is young, and if the Knicks can stay afloat until Tyson Chandler returns they will be just fine. The schedule ahead has them playing several games against weaker opponents. The team will still make the playoffs in the less talented Eastern Conference, but they certainly won’t be as successful as last year. There is no need for panic; however, there is a glaring need for front court help. If they can maneuver a trade, the team has the potential to replicate its winning ways from last season. Unfortunately for the Knicks, with James Dolan at the helm the ship may sink before ever being given a chance to float. 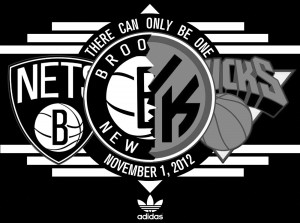