Checking into a hotel, you expect the standard accommodations and standard furniture. Did you ever stop to think that the Bible sitting in your drawer was part of these accommodations? Virtually any hotel you stay at will have the sacred text somewhere stored carefully in the room, yet that is the only sacred text kept in hotel rooms across the country. So why is it that the Bible is included in a stay opposed to the Quran or the Tanakh?
Back in 1898 two Christian businessmen, John H. Nicholson and Samuel E. Hill roomed together in a hotel room, and that’s where it all started. The two, originally strangers, found their common ground in Christianity along with another man, William J. Knights. Together, they decided to create an organization for traveling Christian businessmen which has now become known as the Gideon Association. Stemming from the Hebrew Bible: Book of Judges chapters 6-8,  the association is named after Gideon, who led a small army against a great army and defeated them. The Gideons grew large in numbers with many members that donated to The Bible Project in 1908, the implementation of Bibles into hotels across the nation.
A Bible is a given part of a hotel room despite the location and quality of the hotel. How did they get there? When a new hotel opens, the Gideon Association provides the hotel manager with a Bible and the association funds the rest of the hotel with Bibles. Perhaps you don’t read English? Don’t worry, Gideon International provides clients with Bibles in 90 different languages. They even trade worn out or missing Bibles with fresh, new ones to put into hotel rooms. Unfortunately, in a secular place, the Bible invades personal space thanks to the Gideon Association.
The Bible Project has been around for quite some time, yet we have never questioned the fact that Bibles are incorporated into hotel rooms. We have become so accustomed to the sacred text being an accessory to our temporary getaways. Would we be surprised if we opened that drawer and saw the Quran or the Tanakh laying before us? It is important to not only keep this in mind, but also to question why it is so. 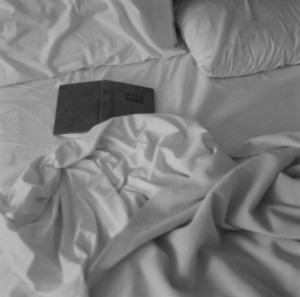