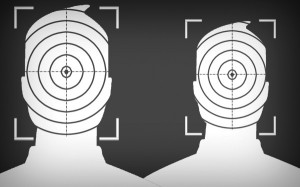 Everyone has seen a movie where the governmental agency is trying to identify the criminal: they pull up security footage, zoom in thirty times, run it through a super-computer and after it scrolls through a million names per second, the picture comes up with all that person’s information. Well, that may soon be made easier with help from Facebook’s new facial recognition software.
Have you ever noticed that when posting a picture on Facebook, it recognizes everyone’s faces, asking if you would like to “tag” that person? Whether or not you have ever stopped to think about this, it is a pretty remarkable power to have.
Facebook has always had a near obsession with this ability, and starting in December 2010, Facebook announced the feature of tag suggestions and increasingly became more accurate as they built a database of each person. To further their capabilities, in early October they bought “face.com,” a start-up website that offers free face recognition software for an undisclosed sum rumored to be somewhere between fifty and sixty million dollars. They shut it down in order to use the software, to further their recognition capabilities.
As they continue to add your pictures to their system, they will be able to make a better match. This database could be dangerously powerful. If the government and police stations were able to use that database instead of just their records, along with who “likes” a given organization, band or other page, the opportunities for recognition would be increased exponentially.
The way it is run now, the security offices only have a database of people arrested and pictures from DMVs. The likelihood to get a match correct from a school I.D. to another picture in the system is about 95 percent. Yet, if you’re trying to match a picture to so many other pictures, that five percent chance of failure multiplies for each attempt, which can be 50 percent by only the third person. However, if they had Facebook’s huge database of what one person looks like in so many different ways, they would have a makeshift model to what a given person looks like, and it could be narrowed down for a greater chance of success.
It is incredible to think about how Faceook, our most frequented social media site, could possibly play such an important role in finding criminals. As of now, however, Facebook has made no comment on the possibilities it could provide for the justice system.